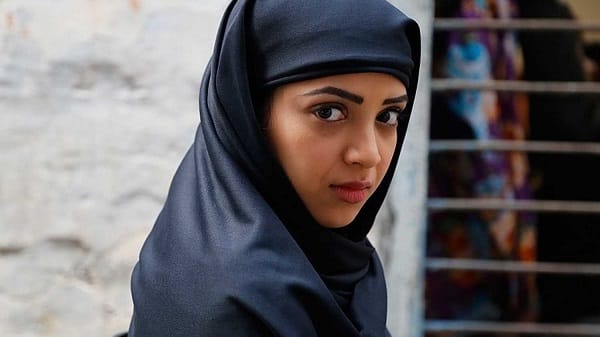 “Let’s at least have sex?”
This is one of my favourite moments from Lipstick Under My Burkha, this year’s most ‘controversial’ Indian film.
Leela, a young beautician who is being forced into an arranged marriage, has snuck over to her moody boyfriend’s house in the middle of the night, where he is sleeping with some young boy relatives. They go into the bathroom to have sex, argue, and the boyfriend, Arshad (played by Vikrant Massey), makes to leave in the middle. That’s when Leela asks her question, panting and unsatisfied.
Arshad’s answer encapsulates, in all its ugliness, just what Indian women face when it comes to expressing sexual desire.
“Is that all you want? Sex?” He spits. He then yells that he’ll bring the two sleeping boys in if that’s what she’s after. In one moment, he’s made her lust, her urge, her natural sex drive, into something perverted, unnatural.
Why has Lipstick been called ‘controversial?’
Because it tells us that Indian women want to have sex.
It’s nothing more, and nothing less.
It shouldn’t be revolutionary, and it certainly shouldn’t be revelatory, but that’s exactly what it has become. Indian women want to have sex, and that is too shocking a fact not to stir up a ruckus.
It may have been banned for being too “lady-oriented”, but the fact is, what that really translates to is, “no male gaze”. Forsooth!
Because Lipstick tells us, rightly, that sexual repression and freedom from patriarchy go hand-in-hand. Four women, of an assortment of ages and lifestyles, is each shown playing out her own relationship with sexuality and oppression.
The youngest, Rehana (Plabita Borthakur), is a college student who breaks free of the burkha forced on her by her parents, and has her first brush with love, lust and heartbreak.
Leela the beautician (Aahana Kumra) is caught between obedience to her single-parent mother, her fun and sexually satisfying relationship with Arshad, and the nagging sense that she shouldn’t have to choose between having fun and being poor and disrespectable.
Shireen (Konkona Sen Sharma) is a secret door-to-door sales superstar, but has to grimly endure nightly rape from her emotionless, lazy pig of a husband.
And finally, Usha (Ratna Pathak), called ‘Buaji’ by everyone in town, known as an upright ‘elderly’ widow who runs her family business with a firm hand, begins to have secret and highly pleasurable phone sex with her hot young swimming instructor, with devastating consequences.
I suspect those who find the film underwhelming simply don’t understand what the fuss is about. But that’s exactly the point.
To be an Indian feminist woman, even one living in the diaspora, and to watch Lipstick, is to feel like a breath has been released. One that has been held for a very, very long time.
Women want sex. Good, consensual, pleasurable sex.
And they want it because it feels good.