What aspiring politicians can learn from Modi 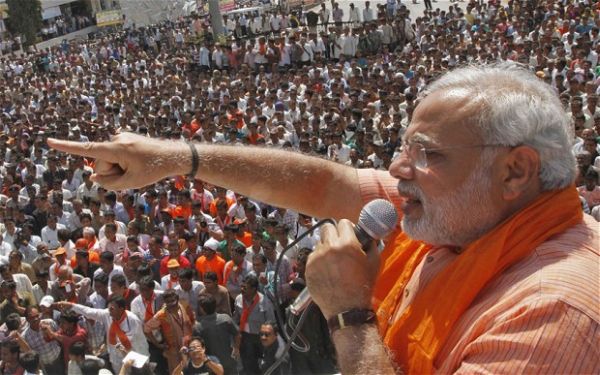 Research labs, incubators and management schools have focussed on how such non-linear but desirable changes can be methodically precipitated by some kind of formula. This has led to much intellect, energy and effort being directed at making it happen faster and seamlessly.

One predominant school of thought advocates creating the right climate and seeding it with the right resources, with reduced oversight but with more mentoring. This involves a higher yielding approach by building self-actualisation opportunities within the environment where collaborators can team up as and how they want.

Enter Narendra Modi. Here I want to alert all business schools, management doctrine developers, aspiring political leaders and wannabe promoters of any change anywhere, that the time to study this is now – how an unheard of political incubator that began in the tea-stall-yard of one small boy called Narendra Modi, is about to transform the concept of creating a widely supported political leadership that shows growth and popularity chart busts that any Silicon Valley start-up would kill for!

In a world that generally mistrusts politicians, to exceed and surpass all measures of success and popularity ever statistically recorded, is indeed a feat.

Modi’s public meetings in India are quite a spectacle.

Before the Ivy League universities get interested in studying his nation revamp formula, I want to highlight ten reasons behind Modi’s success:

1. He visibly separated his family from himself – crucial in a hugely corrupt developing economy where family and cronies get in the way of public welfare.

3. He constantly reminds all of his mission, ie, delivering on hopes and aspirations of the Janata (public), a perfect mission statement driven home by his team and the bureaucracy repeatedly.

4. Not put off by protocols, he calls unto anyone who can deliver, other political leaders, business tycoons, film stars, social do-gooders, media barons, soldiers, even the regular guy on the street.

5. He accepts anyone with a soft cajole except the enemies of the nation.

6. He has a positive schedule of work flow that hits the desks of everyone in his team.

7. He runs an open government forum where everyone can provide input/advice directly.

8. He has increased governance by direct public input to his government’s policies and priority formation with auditability and transparency.

9. With his ‘Make in India’ mantra, he has become a favourite of businesses that love open dialogue and focussed help under one window sans bureaucracy.

10. He is the behemoth who supports people’s agenda even before people know what it is.

Modi is also steered adversely by his opponents who think that people don’t care, or are dumb and busy except on voting day and can be fooled and ignored till the next elections.