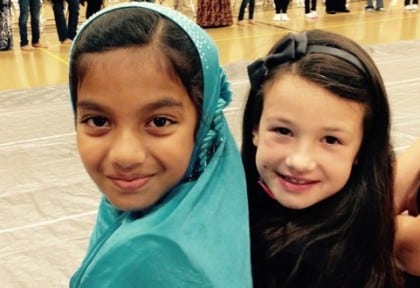 The role of the ‘Other’ in the economics of fear

The ‘Other’ is not a new concept. As a society we have marginalised minorities, and those that we disagree with or misunderstand, for hundreds of years. It is a social construct by which we develop not only our own identity but shape the identity of others. It is the groups with greater political and economic influence that have the superior ability to shape and represent identities. Therefore, it is important to note that an identity, especially the identity of the Other, is not something we are born with – rather it is a social construct we step into and live in by design.
Zygmunt Bauman said on Otherness that “Woman is the other of man, animal is the other of human, stranger is the other of native, abnormality the other of norm, deviation the other of law-abiding, illness the other of health, insanity the other of reason, lay public the other of the expert, foreigner the other of state subject, enemy the other of friend” (Bauman 1991: 8). This is an awareness that we form our own identity through the inclusion of an element of exclusivity. In order to define the self or society you must also define what you are not. Man identifies himself as a superior being by comparison to the animal in attributes that are similar but also attributes that are different or lacking.

Societies have advanced through time by defining identities of civility as opposed to barbarity, colonial as opposed to indigenous, black as opposed to white, and free as opposed to oppressed. These same societies have wielded their substantial political clout to shape and re-shape the identity of the other based on characteristics that would be most economically beneficial at the time. When Colombus ‘discovered’ America, the marginalisation of the Indian as Other was economically motivated. How else would Columbus and the ensuing British colonisation have been able to usurp land and build profitable a profitable society?
When the British colonised India, Africa and Australia, the characteristics of being poor, dirty and inferior were associated with the colour of one’s skin and black became the Other to white. This too was economically motivated. How else could the Dutch East India Company convince its men that Indian were slaves to be herded onto ships bound for the fields of Africa? How else would the British have been able to commandeer and mobilise large contingencies of colonised peoples to work on infrastructure and fight in wars that were of no material benefit to them? How else were members of the Pakistani Army and society convinced that Bengalis were not Muslim, not human and thus ripe for raping, looting and killing? Man identifies with man until society finds an economically beneficial reason to distinguish differences and draw boundaries.

Societies of economic influence wield the authority of their social institutions such as the law, media, education, religion to hold the balance of power through their representation of what is accepted as ‘normal’ and what is considered Other. Organisations such as the UN are a prime example of a selection of powerful economies distinguishing themselves as leaders and thus authorities to interfere in the societies and economies of other countries. This is not to say the UN is bad – no – rather it is to understand that our world is governed by a man-made awareness of who we are and who we are not based on the economically motivated decisions of the politically and financially privileged.
When we understand and are aware of this concept, and remember that none of us are born as the Other, our minds can awaken to the political hegemony being played out on a global scale. Our minds can awaken to the realities of being the Jewish Other in Europe in the 1940s. Of being the Asian Other in 1970s’ Australia. Of being the African American Other in America … always. Of being the Muslim Other in America, Australia, Europe and Burma. When we understand that we have a choice to accept or reject the identity of the Other, we can explore and seek to learn about the so-called Other. If we only venture outside of the propaganda sold 24/7 on mainstream media we can come to an enlightenment on what Islam really is and who Muslims really are. If we do this we can strip away the fear we associate with the people we brand ‘Other’. We can remove the animosity that drives decisions like the Burkini ban in France and we can celebrate the diversity through embracing our similarities as well as our differences.


What kind of society have we become when a 10 year old boy cannot feel safe in his own front yard? When the very figures of authority that are sworn in to serve and protect are the ones that run down and gun down first and ask questions (or provide weak justifications) later. What kind of society exhorts the values of Liberté, égalité, fraternité and yet leads the way in dictating how a woman should or should not dress? If you ban people from covering themselves, is this not the same oppression as banning someone from revealing? What kind of society have we become when we spin bias on everyday actions based on the attire of the individual. Would these women have been singled out as ‘members of ISIS’ for being on their phones if they were not in hijab? Surely there is logic and common sense left somewhere in the world?! Thank God for Justin Trudeau who says the burkini ban has “no place in Canada.”
It says in the Quran, “O mankind, indeed We have created you from male and female and made you peoples and tribes that you may know one another. Indeed, the most noble of you in the sight of Allah is the most righteous of you. Indeed, Allah is Knowing and Acquainted. (49:13)” We are encouraged to know each other for where there is knowledge and enlightenment there can never be fear and animosity no matter how profitable it is to the ruling elite. We are the masters of our own fate and we the masses shape the direction of our society.
Don’t let an economically motivated Big Brother tell you who to like and dislike. Don’t let faceless corporations teach you to hate. Go out and talk to people who you don’t know, who you don’t understand and who you don’t like – you might just find you have more in common with them than you think.
- Advertisement -
Share
WhatsApp
Facebook
Twitter
Linkedin
Previous articleUnity in diversity
Next articleBeing cancer aware