We need to talk 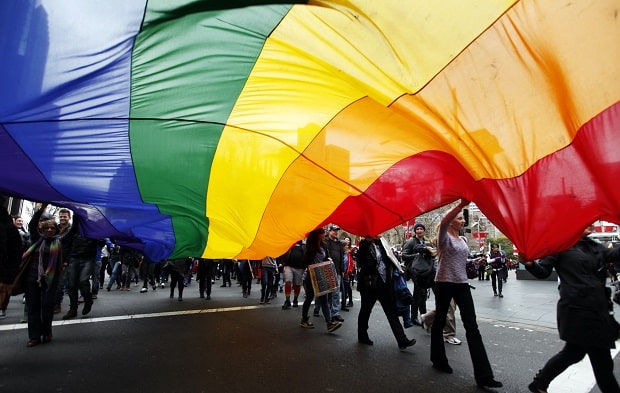 Reading Time: 4 minutesSame-sex marriage is an issue that the Indian Australian community needs to discuss

The Indian Australian community seems to be split in opinion on the issue of same-sex marriage. While there is an acceptance of same-sex relationships, same-sex marriage still seems to draw out critics. There are however, more questions and answers happening within Indian Australian families, as children themselves are asking more questions. Top rated television shows such as Modern Family, which openly depicts same-sex marriage between two of its main characters, as well as news headlines and radio talk shows have brought this issue out in the open and the migrant Indian community can no longer ignore this topic. Indian Link talks to members of the community to find out their views.

“I feel a healthy dialogue with our children in order to understand what their sexual preferences are, learning about gay marriage through reading, and attending events such as ones organised by Trikone Australasia are important,” says well known Sydney radio personality Manbir Kohli, summing up the issue. “Along with meeting and befriending people with sexuality that is different to our own deeply held values, which will help us understand that gay relationships and gay marriage are normal and not a stigma that relatives back home, religious conservatives everywhere or caricatures in Bollywood would have us believe”.

According to Wikipedia, same-sex marriage, is marriage between two people of the same biological sex and/or gender identity. As of 19 August 2013, 15 countries (Argentina, Belgium, Brazil, Canada, Denmark, France, Iceland, Netherlands, Norway, Portugal, Spain, South Africa, Sweden, Uruguay) and parts of Mexico and the United States allow same-sex couples to marry. The UK will allow for same-sex marriage from the end of this month and Scotland has legalised it from October 2014.

In July 2009, the Delhi High Court rejected section 377 of the Indian penal code which was enacted by the British in 1861. This code criminalises sexual activities “against the order of nature”, including homosexual acts. This was challenged and this decision was reversed by the Supreme Court on December 11, 2013 to uphold section 377 of the Indian Penal code that criminalises same-sex marriage.

Interestingly, on the very same day, the High Court of Australia also upheld an appeal against an Australian Capital Territory act of parliament that legalised same-sex marriages, which had come into operation on 7 November in the same year. Passing judgment on 12 December, the High Court unanimously struck the act down; the ceremonies that had taken place had therefore become void. But the Court also confirmed that the federal parliament has power to legislate for same-sex marriage. Since then this issue often plays out in the main media, as polls show that there is rising support for legally recognising same-sex marriage across race, ethnicity, age, religion and political affiliation.

Director of the Indian Film festival of Melbourne and well known personality Mitu Bhowmick Lange is in full support of same-sex marriages. “I am totally for it,” he says vehemently. “If two people love each other they should have the freedom to decide what future they want to have”. This is also reflected in the views of 25-year-old Priyanka Das from Adelaide who has been living in Australia for two years now. “Initially when I migrated here, I was taken aback by how open this discussion was; but now that I have settled here and seen how society interacts with each other, I wonder what’s the big deal? If people are happy with each other, all the best to them and may they find long term happiness”, she says.

Similar views are echoed by cricket guru Kersi Meher-Homji, but he draws the line at same-sex marriage. “Let me say at the outset that I am not a homophobe”, says Meher-Homji. “I believe that some people are born homosexual and it is natural for them to have same-sex relations. However, I am not for same-sex marriage. Call me an old-fashioned fuddy-duddy, but to me marriage is between a woman and a man, with procreation as its primary goal. I have no objection if a gay couple lives together, have sexual relations with each other and are faithful to one another. But I draw a line at same-sex marriage. What would a priest or a marriage celebrant say at the ceremony, ‘I pronounce you husband and husband / wife and wife?’ I realise that we are now in the 21st century, but still it doesn’t sound right to me”, he avers. Retiree Krishan Kumar Pahwa in Sydney is also not in favour of same-sex marriage.

Melbourne local politician Gautam Gupta has however, a more conciliatory approach. Believing in unity in diversity, he says that freedom of choice is a fundamental human right, and whether it be religion, political persuasion or sexual orientation, it is the freedom to choose for ourselves that is paramount. “Ultimately how people choose to live their lives is a personal choice and it is this freedom that should be protected and promoted,” he states. “As a community, we should strive to be inclusive and supportive of all forms of diversity. It is fantastic to see so many new initiatives that support the GLBTQI community and their families”, says Gupta.

While there is strong acceptance of the gay and lesbian choices by the Indian Australian community, as Kohli has noted, there needs to be a strong dialogue with making our children aware of these lifestyle choices.

Rajat Bahri from Sydney’s Newtown says that it is quite common to meet same-sex parents at his children’s local school. “I am a student here and am comfortable with the lifestyle choices people have,” says Bahri. “But my nine year old came home the other day and wanted to know why his friend had two mummies while he had one. We did have a discussion about the importance of love in the family, rather than genders”, he says smiling.

Local Sydney lawyer Mahrukh Mundul vocalises a thought which may be at the forefront of the minds of the local community when she says, “Indian Australians who have grown up with this double whammy of socio-religious beliefs and customs, together with the criminalisation of the relationships in India, are conflicted when confronted with the liberal attitudes in Australia. Their solution is to ignore the issue, as long as their children are straight, that’s all that counts”.

One suspects that as time marches on, there will be more softening of this stance and more acceptance of same-sex marriages.