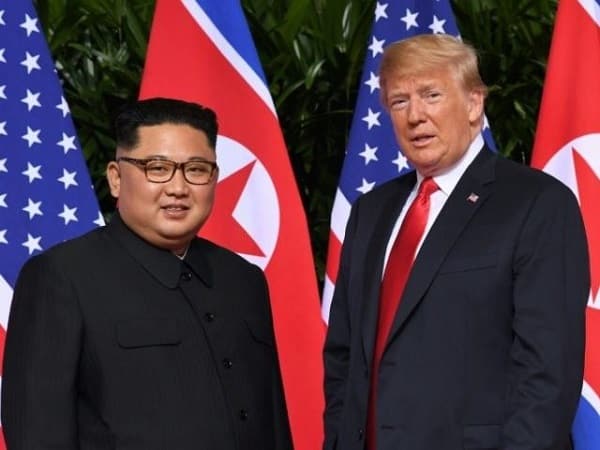 Reading Time: 3 minutesWhen US President Donald Trump paraded North Korea’s Kim Jong Un in front of the cameras in Singapore recently, he gave credibility to one of the most oppressive and brutal regimes in the world.
In a United Nations report in 2014, the horror of Kim Jong Un’s brutality against his people was compared to that of Nazi Germany in the 1930s and ‘40s. According to Greg Scarlatoiu, executive director of the Committee for Human Rights in North Korea, Kim Jong Un holds more than 120,000 men, women and children in prison camps. Trump did not once bring up the issue of human rights in North Korea or press for any accountability for the murder, torture, rape and starvation it has perpetrated against its own citizens. This inaction simply endorses the deep lack of desire by people in power to confront those regimes or individuals who take away basic human rights from their citizens.

In another country which is high on Amnesty’s human rights violation list, Russia, there are accusations of deaths in custody, widespread and systematic torture of persons in custody by security forces, and murders of members of ethnic minorities. In the last 20 years, it is estimated that at least 50 journalists have been targeted in contract killings. And yet, Russia is currently the centre of the world’s attention with the FIFA World Cup keeping us glued to the screen, as the country scrambles for greater legitimacy while sweeping its poor human rights record under the carpet.
China is another country that falls foul of all human rights checklists. Political freedom has been very limited since the 1970s: there is no freedom of speech, press, assembly, or of the right to a fair trial. Detention without trial is a norm; there are forced abortions, restrictions of fundamental rights and freedom of religion. Yet, its influence on the world stage is unfettered by what it does to its weak and vulnerable.

Article 1 of the Universal Declaration of Human Rights states: All human beings are born free and equal in dignity and rights. The first sentence of the Preamble to the United Nations Universal Declaration of Human Rights (UDHR) is: Whereas recognition of the inherent dignity and of the equal and inalienable rights of all members of the human family is the foundation of freedom, justice and peace in the world.

Australia stands in the world top 10 as far as human rights are concerned. Here, we have the freedom to express ourselves, practise whatever religion we wish, and have the right to a fair trial. But we now need to be more vocal about those not being given a fair go – whether it’s for refugees or women, children or animals being mistreated or bullied.
Easier said than done, as word comes in just as we go to press that the US has decided to pull out from the United Nations Human Rights Council. This is especially pertinent in light of the news that some 2,000 children have been separated from their families at the southern border of the US following the crackdown on illegal entries. What more is to follow, only time will tell, but for the moment, it looks like we may be taking a few steps backwards as far as this issue is concerned.