There is glamour in spying 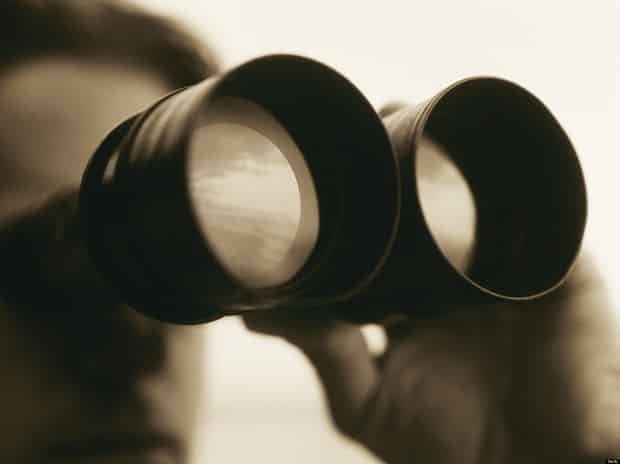 Spying at high governmental levels has been in the news recently. Angela Merkel and other European leaders displayed their anger that the Americans had been spying on them. They felt outraged and let down. After all, one spied on one’s enemies but not on one’s friends. Were not the Americans their friends?
News reports suggest that the European leaders were angry that their private conversations were also being listened into. How can a ‘spying’ or ‘intelligence’ agency distinguish between a personal and public conversation before it is recorded and analysed? This matter now appears to be resolved after a high level delegation was sent to the USA. However, the issue has stirred up a hornet’s nest.
The ramifications of the spying scandal are sprouting elsewhere, such as between Australia and its neighbours, particularly Indonesia. Indonesia is furious that Australia is spying on them, and that is vitiating their otherwise cordial relationship.
Spying has an undeniable glamour which seems to particularly attract young males. In the primary years in school it is common to see enthused young men in Sherlock Holmes outfits, complete with deer-stalker caps and magnifying glasses, appear on fancy dress days. Those who pursue the Sherlock Holmes legend by reading his books, many of which have been rendered into primary school language, have turned into fans of the science of deduction.
Absorbing the Holmes legend then becomes a worthy pastime. All scientific research is based on the science of deduction. That is the beginning of scientific thinking which is going to literally, last its fans for a whole lifetime. That was Sir Arthur Conan Doyle’s contribution to logical thought. He himself had challenged and solved some baffling puzzles of crime.
Glamour was added to spying by the advent of James Bond movies. Sir Ian Fleming brought colour, exoticism and action to the wide screen. It aroused young men to imitate their newly crafted hero.
Around 2010 a new sort of glamour, the glamour of importance entered the world of spying and revelation. It gave people in democratic countries internet access to what was considered as ‘secret’ information by their governments. This internet-based group was led by Julian Assange who founded Wikileaks. They had gathered thousands of documents and these were being selectively leaked to the press or certain members of the press had managed to obtain the keys to break into the sites where these documents had become available.
Assange continues to remain in asylum in the Ecuadorian Embassy in London where he in incarcerated until he can freely move about with no fear. There are ethical questions in the Wikileak exposures: is it right for someone entrusted with secret documents to make them public? Would one consider such an act as a breach of trust or does the public have a right to know what is being pursued by a government which the people put into power?
Those involve in the Wikileaks saga were not strictly sleuths who had used intuition and deduction to unravel mysteries and solve puzzles. Rather, Wikileaks was purely based on revealing already available documents.
One such example is money transfer. The CIA is authorised to engage in foreign intelligence gathering. However, it can spy on Americans if they have foreign links which includes financial transactions. This is authorised by the Patriot Act. Thus millions of Americans have their financial data gathered and processed. Very few of these are likely to be used for intelligence purposes, but then something very important might catch the eye of the CIA sleuths.
This is the era of the computer and of the internet. There was a case in Victoria where someone bought a computer from what later transpired to be a very wanted fugitive. The fugitive had forgotten to turn his computer off and consequently there were images being received and then transmitted to a cloud repository. The buyer informed the Victoria police who were able to track down and nab the fugitive.
Spying is a common feature of both, governments and businesses, particularly large business houses. Every business does its best to guard its activities which are secret. It needs cautious and trustworthy staff. For example, the pharmaceutical industry must first get patents for its products which can then be challenged by rivals. Some companies in the USA tried to patent well-known Indian condiments like turmeric, but were thwarted by timely action from the Indian government.
Recently, Monsato has been denied a patent for a genetically engineered method of increasing climate stress tolerance in plants. The Intellectual Property Appellate Board of India pointed out that plants and animals are not patentable in India. It said that the patent applied for was for a new property for a known substance, and therefore not patentable.
Had it not been for activists persistent spying on Monsato’s activities, the above judgement might not have been obtained.