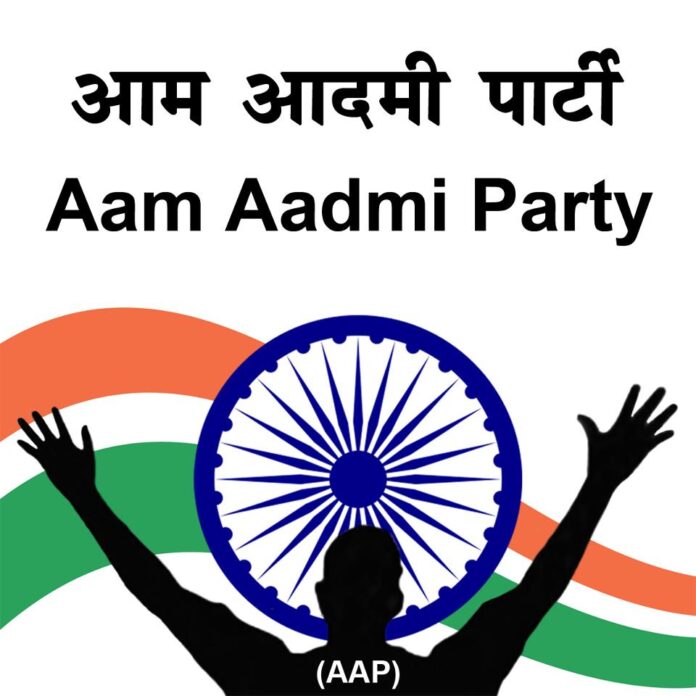 Reading Time: 3 minutesThe AAP seems to be a lesson in blowing up a political majority

Often, when the trusted guardians of affairs disappoint over long periods of time, common folk, in their despair, turn to the underdogs; untried and untested underdogs with not much to show other than a lot of ‘promise’. In glory, an underdog writes its own legend. In defeat, it seldom gets a second chance.

The Aam Aadmi Party (AAP) is one political underdog that has been handed a rare second chance, notwithstanding its underwhelming first attempt at governing the capital of the world’s largest democracy. With a record-breaking majority, the people of New Delhi entrusted the AAP in February 2015 to govern them ahead of the BJP’s much touted ‘Ache Din’ and the ever shrinking, and now largely non-existent, Congress Party.

In choosing the AAP this time, the citizens of New Delhi clearly forgot and forgave the 49-day drama staged by the AAP in 2013. Soon after the AAP’s 2013 Delhi fiasco, a ‘showman’ dawned upon the Indian political horizons and India moved on to embrace Modi and his BJP army. The promise here was to deliver ‘Ache Din’. A year passed, and the Modi bandwagon was still all about oration and not much action. So when Delhi’s turn came to choose a government, it zoomed back to the ‘underdog’, the Aam Aadmi Party. A straight talking political alternative, the AAP promised more attainable ‘better days’ than the evasive ‘Ache Din’ of the BJP.

The people of Delhi did not hedge their bets and sprung AAP into the assembly. Clean slate. Clear majority. Five long years for the AAP to undo its previous 49 days. An unrestricted and undisputed political mandate for the AAP to change Delhi for the better. Delhi rejoiced. India rejoiced.
The face of Indian politics was suddenly under renovation, it seemed, with Delhi handing down a clear mandate to the AAP. People hoped yet again to see a stable, clean, and transparent government. A government of the people, for the people, and chosen by the people of Delhi.

Amidst a lot of singing and dancing, the leaders of the AAP expressed gratitude at the trust placed in them by the people of Delhi. They vowed to deliver on their promises of efficient, effective, and tangible governance. To stay in power for the full five years this time. To free Delhi from the worn out political practices drenched in unabashed corruption, dynasties, and religious segregation. Delhi rejoiced again, at these promises.

Once elected, AAP fronted up for work. A measured, adequately humble, and thoughtful AAP. No extravagant statements, no dharnas, and none of the ‘vigilante’ streak from its past on display. During the elections, and afterwards, the AAP focused on key policies for New Delhi. For all intents and purposes, AAP version two, seemed to have rectified the shortfalls from its 49-day-long first episode.
Then, the inevitable occurred. The AAP wrapped itself up in turmoil. In no time it was evident – AAP was imploding amidst allegations of chronic infighting, power struggles, and ego tussles.

A full blown power struggle between the party chief Arvind Kejriwal and two of his most prominent comrades, Prashant Bhushan and Yogendra Yadav, played out within the public domain. It has been ugly, to say the least.

As the AAP tried to re-group in the aftermath of its own version of Game of Thrones, the suicide of a farmer at one of its public rallies shrouded it in further misery. While it was expected to see the BJPs and Congresses of the world extract unashamed political mileage from this loss of life, it was agonisingly painful to watch the AAP being sucked into this political dance and grossly mishandling the issue. AAP approached this matter like any other typical political party.

It was imperative for Arvind Kejriwal and his AAP to launch themselves into government with an unflinching focus on delivering promised outcomes for the people of Delhi; to build their political momentum and quash any remaining threads of doubt that people may have held about their capability to govern.

A perfect opportunity for AAP to further dismantle the relevance of BJP and Congress in modern India, instead the party has wasted its honeymoon period by indulging in the cannibalistic denouncing of its own leaders and their political motives.

AAP’s scorecard from its first few months of rule remains glaringly deficient of any major governance-related achievements. AAP has always projected itself as the cleaner alternative, but its actions to date do not support such claims.

The BJP and Congress are faced with the arduous task of re-inventing themselves to remain relevant in years to come. In such a transient political climate, the AAP had a lot going for it, to cement its place as a fresh and accountable brand of politics.

However, if Arvind Kejriwal and his party fail to introspect and make amends after this saga, they run the real risk of turning into “just another political party”. Just like the BJP or the Congress.

And sadly, there may not be a third chance.