The one good thing about Donald Trump 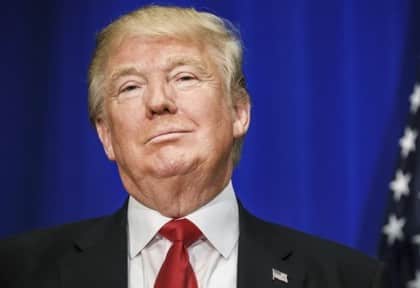 The Trump campaign has helped advance the diversity dialogue

In only a few days from now, the people of the United States of America will be voting for their President. Often said to be the most powerful person in the world, this is no empty accolade. Commander-in-Chief of arguably the best equipped and trained armed forces, and one of the world’s biggest economies, the office of the President of the United States exerts immense power globally, both politically and in the hearts and minds of global citizens.


The race for the top job has been a bitter campaign between two candidates who polls are saying are both historically unappealing. While Hillary Clinton is said to be part of the ongoing problem about what is wrong with the current US government, her opponent Donald Trump is accused of being part of everything which is wrong with America’s culture.
Of the two candidates, Trump has been more on the nose. The media has had a field day with allegations (revelations?) of his misogyny, his ability to mix facts with exaggeration, and his tendency to mouth off with falsehoods without substantiating them with specifics. This has, on one hand, infuriated the pundits while strangely on the other, actually won voters to his cause.

However, most pronounced have been his comments on race – be it the deportation and ban of Muslims, or the building of the Mexican-proof fence. The race card has been played with varying degrees of intensity by Trump. And perhaps, in an unplanned way, it has allowed race to be talked about in this election. The jury is still out on whether this is a good thing: perhaps it is not a bad idea to talk about race and where we come from.
As Indian Australians, we have a lot to be proud of. In Australia, we celebrate with equal fervour the Indian elements of our identity, such as with the upcoming Diwali, and our Australian identities, as on Australia Day. We are equally at home with our tandoori chicken and our barbecued chicken. Both tofu and paneer taste wonderful to us. And yes, it is great to engage in race discussions in an informed and open way with our Australian and Indian friends. It is good to note the progress that is made when social barriers are broken down and understanding and acceptance are promoted, and we learn to walk in each other’s shoes. It is better than keeping silent and ignoring our background, which can also mean indifference to who we are, and what others stand for.
It is truly wonderful to advance the diversity dialogue, be it at the office or with the neighbours or on the soccer field; indeed, it is a responsibility which we must all take upon ourselves. We must enrich ourselves by looking through the lens of someone else’s experience. It is good to be part of the race conversation as long as it is constructive and educative, and empowers those involved with knowledge.
Trump’s comments do none of these – but it is up to us to control and direct the conversation.
- Advertisement -
Share
WhatsApp
Facebook
Twitter
Linkedin
Previous articleSmiles light up the CBD!
Next articlePretty in Pink