The impact of Trump on your family home 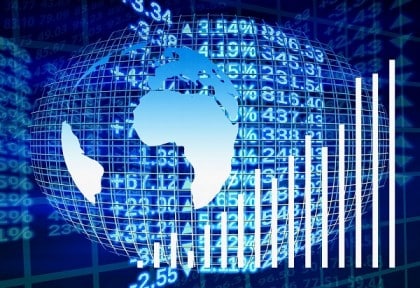 President Trump’s economic policy could increase interest rates in the US, putting a pause on the strong growth of Australian property values

Recently, the three indices of the strength of the US economy – the Dow Jones Industrial Average (which includes the stocks of the 30 largest and most powerful companies in the US), Standard & Poor’s 500 (which consists of the 500 most commonly traded stocks and represents about 80 percent of the total value of US stock markets), and the Nasdaq Stock Market (which features mostly technology companies) – achieved record highs.
According to CNN Money, it was the first time the three indices achieved concurrent high records since January 1992.

As expected, President Trump took full credit for this saying, “The stock market has hit record numbers, as you know. And there has been a tremendous surge of optimism in the business world.”
This is half true. The part which is true is that, to date, other than his xenophobic executive order on banning immigration from specific countries, he has made largely pro-business policies, as expected of a Republican President. Even though these have been at the cost of the environment and climate change management, the reality is that the business world has welcomed these announcements. Trump has promised to slash the business tax rate from 35 per cent to 15 per cent and also slash red tape which hampers business.
What Trump is not acknowledging or giving credit to, and as a politician is not expected to, is that his predecessor set up the policies which have allowed the economy to grow at this pace. During the Obama years, the US economy had corrected by over 50 per cent and unemployment rates had decreased by over 30 per cent.

For those of us in Australia, we have avoided large scale recession in the recent past due to our ability to sell resources to China. There was a slowdown in China in the last couple of years, but Australia has been able to weather the storm with a property, education and tourism boom. The property boom, though concentrated in only certain parts of Australia, has kept consumer confidence high and this, coupled with generally low interest rates, has ensured low unemployment and steady business confidence. Wages are largely stagnant, but with low inflation, this stagnation has really not impacted the economy.
One of the two head winds coming our way could be the lowering of Australia’s credit rating. Our national debt management needs strong surgery to make it better, but with a divided Parliament and short sighted politicians, this will not happen. Any change to our credit rating may well increase the cost of borrowing for the banks which could push up interest rates.

The other head wind is that Trump’s policies will put pressure on the US Federal Bank to tighten their purse strings and increase their interest rates, which will be another reason for the cost of borrowing for our banks to go up.

If interest rates increase in Australia, it could put a pause on the strong growth of property values here. The robust increase which property owners and investors have seen in the last 4-5 years may come to a gentle halt. This does allow new migrants to take stock and buy sensibly rather than in a panic. There may well be some opportunities for property buyers in the later part of this year.