The Curse of the Millennials 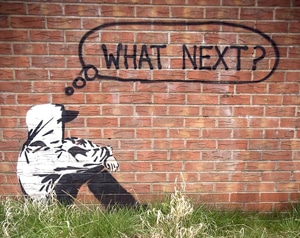 Millennial – a word synonymous with entitlement, laziness and foolhardiness. The millennials are part of Gen Y (born between 1981 and 2000), the “next generation”, and are notoriously unemployable. Millennials constantly face the stereotypes of self-entitlement, unwillingness to learn and narcissism – the epitome of someone you don’t want to employ.

Being a part of Gen Y, I am aware of how we’re constantly bombarded with the stereotypes of being spoiled, lazy and entitled. We have been told that we want the world handed to us on a silver platter, that we are unwilling to work, and lack ambition. But the truth is we have nowhere to go with our ambition.
In 2016, although national unemployment levels dropped, youth unemployment levels soared. At the beginning of the new financial year, youth unemployment levels rose to 13.24%, nearly double the youth unemployment level of 7.61% in 2008. In just eight short years, the number of young people out of work has nearly doubled. At the moment, university graduates are as unemployed as high school dropouts.
Blaming an entire generation for their lack of employability is not the solution. There are clear flaws in the current job sector that discriminate against the young and inexperienced. Rather than pointing fingers, we need to work towards promoting a culture of strong ambition and work ethic, where millennials are given the means to explore and grow their aspirations.

In the current job market, you need experience, but to gain experience, you must have a job. A person does not gain experience since they do not have a job, and therefore cannot get a job due to their lack of experience. And so, this tiresome cycle continues.
At the moment, entry-level jobs require university qualifications and years of experience – the latter of which is very difficult for young newcomers to obtain. Millennials are not lazy and unambitious; rather they are not given the chance to grow.
Currently, around 70% of students graduate with astronomical amounts of student loans. In Australia, university students get the chance to apply for HECS-HELP loans. Students can borrow up to $126,101 to pay for their degrees. Just about anyone is eligible for these loans, as long as they are an Australian citizen enrolled in an eligible unit of study. Time Magazine found that between 2008 and 2014, student debt rose 84% internationally. These are a ludicrous amounts for full time students to pay off. At the moment, millennials have to choose between paying off their loans or saving for a house. This is a choice that nobody should have to make. For baby boomers, this was not a problem, as they were the generation of social welfare benefits, and healthy pension payments. We, on the other hand, have to choose between paying off our debt or saving for our future.

To address this social inequality, we should be encouraging the youth to broaden their career horizons. The ATAR requirements for university courses are not based on academic rigour, but are based on demand and supply. Therefore the hardest course to gain entry into does not have an ATAR of 99+ due to its high academic merit, but rather due to the high demand for the course.

Australia currently has an oversupply of doctors and lawyers, many of which are currently unemployed. Nothing makes an Indian parent happier than seeing their child as a lab-coat wearing, stethoscope-donning medical doctor. Unfortunately, not everyone can be a doctor, and not everyone should be a doctor. Instead we should encourage young people to seek jobs in areas they’re passionate about, or growing industries such as teaching and accounting.
It also should be noted that although there is a stigma within migrant communities regarding trades, “tradies” are highly employable and also earn a healthy income. However, coming from migrant backgrounds, our parents adopt a “tiger parenting” approach to ensure their child goes into one of three fields; law, medicine, or engineering. This is due to the migrant idea of going into a “well respected” and “high earning job”. Contrary to what Indian parents believe, there are more jobs than law and medicine that fit these characteristics. Unfortunately, Indians often associate trades and labour jobs with being “low class”, and believe that their children should use their brains for a living, not their bodies. Some plumbers charge up to $500 for a house visit! Although “tradies” earn high amounts of money, the social stigma attached to labour work prohibits many millennials from entering into these jobs, which are just as good as any other.
The quintessential millennial is not lazy, apathetic and self-indulgent, but rather ambitious yet disadvantaged. To change the alarming statistics of youth unemployment, it is important to address societal stereotypes and over expectations rather than pointing fingers at fresh-faced university graduates who are none the wiser.