The challenge of supporting elderly parents 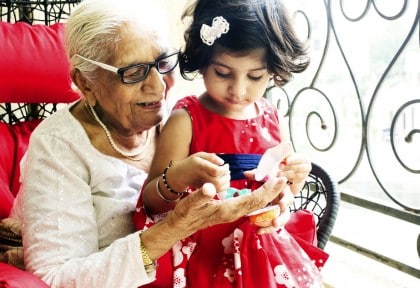 Walking through large Diwali gatherings in our major cities in weeks past, one could see the diversity in the community and the age gaps amongst the various attendees. Most notable was the youthful side of our migrant community: while there is excitement and exuberance amongst them of settling in a new country, the latent angst is about concern for their families, especially the parents they have left behind in India, and the thought of how they can get their parents to spend more time with them in Australia.
During the last Federal election, there was increasing pressure on both the major parties to allow for longer temporary migrant visas for parents. When a petition with this demand garnered over 30,000 signatures, the pressure was too much for both sides to reject it, and both promised action after the election. With the Coalition now in charge, consultations on this topic have just been concluded and it is now widely accepted that a five-year temporary resident visa for parents will soon be available.

Currently, the contributory visa stream is the main way to bring parents into Australia. The cost, which was about $26,000 in 2003, is just under $50,000 now. And yet, over 30,000 applicants are in the pipeline with 2-3 years’ time frame to complete this type of migration. In the non-contributory category, where the cost is just $3,870, the wait can be up to 30 years, that’s how long the backlog is!
And so the temporary five-year visa for parents will be an important gap for those who cannot afford the large sums to fast-track their parents’ applications or those who may find a 30-year wait unreasonable (perhaps rightly so).
This new type of visa may also work financially for the government, as the Productivity Commission has estimated that a parent on a permanent visa in 2015 can cost the government between $335,000 and $410,000 over the lifetime of the migrant parent. In 2015, there were 8,675 parent visas granted, and it is estimated that the government’s liability for these visa holders over their lifetime could be around $2.9 billion. The $50,000-odd contributory payment per parent will be nowhere close to meeting these costs.

Under the new proposals, temporary migrant parents will need to be sponsored by their children who will need to pass certain financial tests to make sure they can support their parents; they will also need to take up private insurance etc. to meet any unexpected medical needs. The government reduces their financial commitments while still facilitating migrant families to reunite.
The challenge, however, is how to balance the rights of these temporary visitors, who will be living in the country with limited resources and limited knowledge of the local rules. There is an obligation which the government and community have in ensuring there is proper education of the rights of the aging parents coming here on long-term visas.
The long-term visas is a welcome solution – the devil will be in the detail of how it is implemented to ensure fairness for all, most importantly for the vulnerable – the elderly temporary migrants.