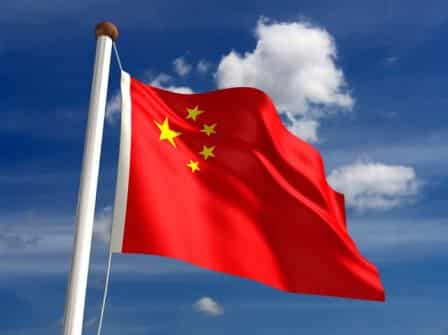 The Chinese Premier Wen Jiabao’s visit to India is highly significant. It is a fence-building or rather, mending exercise, and there is a lot to repair. A big war between the two Asian giants (China and India) took place in 1962. The Chinese overran Indian posts in both the North-West and North-East sectors of the Himalayas. India had not provoked the Chinese onslaught at that time.
India had been unprepared for the assault. The then Defence Minister VK Krishna Menon, who had been sympathetic to both Russia and China, paid the price. Just months earlier he had become a national hero for reclaiming Goa from the Portuguese; that had earned the ire of the West. It was widely believed that India’s stock with the West had reached an all time low because of the takeover of Goa through India’s armed intervention.
However, when China invaded India, President Kennedy rushed aid to the Indian troops. Those were different times. China had problems with several of its neighbours which included Taiwan and Japan. Its radio broadcasts preached revolution to several parts of the world. Simultaneously, China helped communist parties in Vietnam, Laos and Cambodia against US intervention.
At the present time, Pakistan is the great stumbling block in the effort to create a good relationship between India and China. Pakistan is strongly fundamentalist and seen as an exporter of Islamic fundamentalism. Its internal politics are dominated by sectarian violence which is engineered by the Taliban, which Pakistan itself had initially created.
Significantly, Premier Jiabao has started his round of world negotiations in India. For China, South Asia is very important and as the American Assistant Secretary of State for South and Central Asia, Robert O Blake Jr., stated in February 2013, “any discussion of South Asia has to start with India”. He further elaborated that the US State Department views India as the “economic linchpin” in Afghanistan. America is thinking of a forthcoming post-US intervention era in Afghanistan. That era is approaching fast, and there exists a sense of urgency in the White House.
The emphasis of Jiabao’s visit is to promote friendship, and not rivalry between India and China. He quoted the Upanishads and Mahatma Gandhi saying, “India’s rise has enhanced the confidence and strength of all developing countries”. Finally noting that, “As a fast-growing big country with over a billion people, India should and can play an increasingly important role in international affairs”.
The Chinese Premier’s reference to Mahatma Gandhi and the audience’s applause might seem to many as nice diplomatic gestures on both sides. However, just a few days later, a book of the teachings of Gandhiji was released in Mandarin. The translator of the book noted that China has always had peasant revolutions. The current development in China is urban, but it also needs to cater to the requirements of the rural population and that is where Gandhiji’s ideas are the most appropriate.
China is spreading its influence in the monsoon lands of Asia quite rapidly. For example, it has moved with its industrial abilities and financial might into Mauritius which has long been, ethnically and culturally, an Indian-dominated island. Indian warships regularly visit its waters.
The Chinese push for influence in East and South Asia is reminiscent of the Japanese onslaught during World War II. The Japanese excuse at that time was that it was attempting to create the Greater East Asia Co-Prosperity Sphere. That sphere integrated several ‘national’ governments including China, Philippines and the provisional Indian Government or Azad Hind of Subash Chandra Bose. Its provisional capital was Port Blair in the Andaman Islands.  The Chinese move to create its area of influence is very different; it is through peaceful means.
The Japanese tried to create that ‘sphere’ through force and by inflicting much pain on the affected populations. China was arguably the most to suffer. The Chinese occasionally protest that school textbooks in Japan do not tell the truth about the war to their people.
After the war, Japan reconstructed itself and rebuilt its industries and agriculture with American aid. Japan was instrumental in helping the countries it had once conquered, to industrialisation. Japanese agricultural methods were also successfully exported, such as growing rice by transplantation which led to greater yields.
Currently, India has unsettled relationships with practically all its neighbours. But this is not uncommon. Germany for a long time, has had unsettled relationships with all its neighbours which resulted in two World Wars. Today, Germany is being blamed by the inhabitants of its Eurozone partners for their current economic woes. As noted above, China has had tense relationships with all its neighbours at some time.
Avoiding wars and building co-operative relationships are to be applauded.