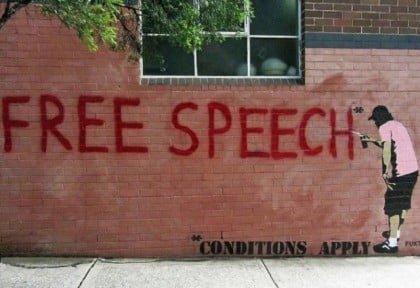 In an edited extract from a recent speech to the Chinese Australian Services Society, JULIAN LEESER MP suggests we should focus on reforming the Australian Human Rights Commission Act rather than target s18c

Australia is one of the world’s most successful multicultural societies. Australians are not a racist people but unfortunately people from ethnic minorities do still occasionally experience verbal or physical attacks on the basis of their race. And there are perhaps more of these instances than most Australians would imagine.
In the past five years the Human Rights Commission has received an average of 468 complaints per year alleging racial discrimination.
It is in the context of reports into racist violence 25 years ago that Part IIA of the Racial Discrimination Act, which contains s 18C, came into being.
The balance between maintaining freedom of speech and the protection of the human dignity of people from racial and ethnic minorities is at the core of the debate about s 18C.

Freedom of speech
Freedom of speech is a vital ingredient in any western liberal democracy. The freedom to criticise ideas in order to change policy and change governments is the very essence of a free society.
While free speech is fundamental to Australian democracy, unlike the United States,
Australia has never had a libertarian tradition of unrestrained free speech. The Australian tradition has always accommodated fetters on absolute free speech.
There are numerous laws which place fetters on free speech including defamation, contempt of court, sedition, obscenity laws, classification laws, public order offences, laws preventing misleading and deceptive conduct, laws regulating material that can be sent by post and broadcasting and communications laws are some examples of laws which restrain freedom of speech. Laws preventing hate speech are in the same category.
Free speech is necessary to allow people to debate ideas and change their minds for society to progress. But we also need protections for minorities from being attacked about personal characteristics they cannot change like their race, colour and national or ethnic origin.

Sections 18C and 18 D
For some years there has been a debate in Australia about the protections offered under sections 18C and 18D of the Racial Discrimination Act 1975 (Cth).
Section 18C makes it an offence to do a public act which is reasonably likely, in all the circumstances, to offend, insult, humiliate or intimidate another person on the basis of their race, colour or national or ethnic origin.
Section 18D, provides a defence to 18C, if the act in question is done reasonably and in good faith, in the performance, exhibition or distribution of an artistic work; in academic, artistic or scientific discussion or debate; in making a fair and accurate report; or in making fair comment on matters of public interest.
Maintaining s 18C of the Racial Discrimination Act has been the policy of the Liberal party for some time. It was the policy of the Howard Government, which intervened in the Federal Court to support the Constitutional validity of s 18C when it was being challenged by Holocaust denier Fredrick Toben. Maintaining s 18C became the policy of the Abbott Government. It continues to be the policy of the Turnbull Government. Section 18C has also been strongly supported by the former Queensland LNP Premier Campbell Newman, NSW
Liberal premiers Mike Baird and Barry O’Farrell, and Victorian Liberal Opposition Leader Matthew Guy.
I have always been a supporter of appropriate laws designed to prevent hate speech including s 18C of the Racial Discrimination Act.
During the election campaign, in my electorate, I was asked regularly about my support for s 18C. The argument I made was that we should be able to robustly criticise people for bad ideas while not attacking people on the basis of their race.
You can change your mind but you can’t change your race.
Since the election I have addressed many local organisations and my support for 18C almost always meets with approval.
I support such legislation because the sweep of human history has shown the evils of racist violence and what ends with racist violence always starts with racist speech. Hate speech can ultimately develop into physical attacks and into patterns of segregation which threaten free and open societies. Sections 18C and 18D help to bolster individual human dignity and social harmony. They are not designed for frequent use but are rather a safety valve for serious and substantial cases.
The prohibitions in s 18C are limited to circumstances which Justice Kiefel, now of the High Court, said have “profound and serious effects not to be likened to mere slights”.
What this is generally understood to mean is that the offence or insult must be at the higher end of the scale so that it impacts on the quality of life of those against whom it is directed.
This could occur, for example, by impacting negatively on a community’s sense of security or its standing as equal citizens within the broader community.
Section 18C is not a catch all provision covering all instances of offensive or insulting behaviour. In fact it only covers offensive or insulting behaviour which has occurred because of the race, colour national or ethnic origin of the complainant and only if that offence or insult is at the higher end of the scale.
There has been a push in some quarters to repeal the section or to remove the words “offend” and “insult” as being unacceptable limits on freedom of speech. The argument goes that prohibitions against offensive or insulting behaviour should not be allowed to be a fetter on free speech. This ignores the fact that both terms are used in a wide variety of legislation.
Having undertaken a cursory and incomplete search I have come across more than 40 sections in 25 Commonwealth laws alone which use the terms “offend”, “offensive”, “insult” or “insulting”.
These laws range from the Classification Board to a provision of the Fair Work Act where a person can be imprisoned for 12 months if their conduct insults a member of the Fair Work Commission.
By contrast, it is important to note that the commission of an offence under s 18C is not a crime and the usual remedy is an apology or a sometimes a small amount of compensation.
In the Bolt case, the remedy was neither an apology nor compensation, the effective penalty negotiated was the placement of a note on the offending article noting that it had breached the Racial Discrimination Act. The article is still freely accessible on the web and, as Professor Adrienne Stone has noted, Mr Bolt has continued to talk about the rights of mixed heritage Aborigines to claim Aboriginal identity.