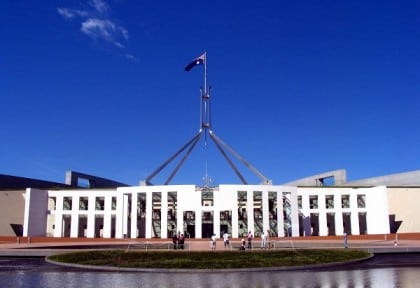 The Premier of NSW Mike Baird has taken a stand on greyhound racing and had it outlawed in the state. Sure, it has not been popular with some, but tough decisions never are. In making his decision, the Premier took into account independent reports and the lack of substantive action by the governing body Greyhound Racing NSW to correct the situation. The directness of his call has shocked many. Bold actions like this one can also flow across to other industries – both private and public – where there are demands for better scrutiny. Whether this leads to better governance in other aspects of NSW’s public and private sectors, only time will tell.

Lawmakers with a strong will can do much to bring about change.
Perhaps Prime Minister Turnbull can take a leaf out of this and stare down opponents on issues where he has expressed a personal conviction such as gay marriage, climate change etc, but has refrained from progressing further.

One change that one would love the new federal parliament to achieve, lies in the area of gambling and betting. The new powerbroker with three Senators in the Upper House is Nick Xenophon, who is very public about his desire to manage gambling more sensibly. Independent Andrew Willkie was short changed on gambling reforms by former Prime Minister Julia Gillard when she reneged on her agreement with him after the 2010 elections. Gambling has always been a part of human nature. Used in the positive sense of taking a risk with a new invention or a business, or in the negative sense where one loses everything to win something, this scourge of betting has grown with technology and outpaced the lawmakers on how to set limits. With ads on television and on smart devices, the globalisation of gambling is something which needs to be handled better by the lawmakers. Often lacking the will to make a real change and antagonise some of their donors, the major political parties have lacked guts in this area and society has been left exposed. Many new migrants to Australia do succumb to these temptations in the face of settlement stressors, and end up destroying the lives of their families. We need stricter rules and laws to protect the vulnerable. The Australian Parliament now has the opportunity to do so in this term and one hopes that they will take Baird-like strong and decisive steps for the benefit of community.

And now, how to handle a person like Senator-elect Pauline Hanson. In a climate where it is easy to divide people and build on their fears, the Hansons of Australia will flourish. Does one try to shut Pauline Hanson up by ignoring her, or does one give her views more oxygen by airing them. I quite like what former Prime Minister John Howard did in 1997. As Pauline waxed forth on Aboriginal entitlements/Asianisation of Australia, he simply let her speak. It was a matter of time before she was called out for what she was – a shallow, fear mongering, xenophobic individual, and her public standing became irrelevant. Rather than shout down an individual, let them run out of puff and hyperbole. Believe there are more sensible people out there rather than the narrow-minded ones, and it is they who will prevail.
Yes, 500,000 Australians may have voted for Pauline Hanson, but there were 15 million that did not.