Pakistan revolution can be to India’s gain 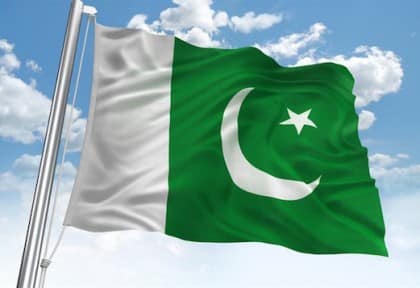 The Karachi Stock Exchange Index had an astonishing return in 2016. It is up more than 52 percent over the past year – and the World Bank has forecast a growth rate of 5.2 percent this year. There is no doubt about it: there is an economic revolution taking place in Pakistan. A country ravaged with issues of terrorism and suicide bombers is now making headlines for other reasons.

Pakistan’s middle class, which dominates over half its total population, has begun to exert pressure on the government to stimulate economic growth.
This, coupled with relatively improved political stability in recent times, has encouraged multinational businesses such as Apple, Samsung, Unilever, Toyota and Coca Cola to invest more to capture the middle class economic strength tipped to reach over $1 trillion by 2030. Multinationals are being increasingly attracted to Pakistan with returns of over 25 percent being expected in this market.
Post BRICS (Brazil, Russia, India, China and South Africa) and MINT (Mexico, Indonesia, Nigeria and Turkey), we now have the new acronym VARP (Vietnam, Argentina, Romania and Pakistan). Pakistan is about to join the well-respected “emerging market” index of the MSCI which includes the 24 countries that represent 10 percent of world capitalisation.


An economically strong Pakistan is well in India’s interest. It is a neighbour which, with a population of approximately 200 million people, is also the sixth most populous country in the world. A nuclear power in itself, a peaceful Pakistan allows for both nations to focus on solving their own problems. Their problems, unsurprisingly, are not dissimilar, these being investments in infrastructure, reliance on agriculture with the interlocking problems of water, weather and drought, increasing education standards, and finding solutions to the energy issues for their rapidly growing populations.
However, the problems in cross-border terrorism have stalled any meaningful discussions between the two countries. While the Pakistani government has denied any links to these attacks, India has repeatedly proven the source of these terrorism attacks to be from Pakistan. These cross-border terror attacks need to stop if economic cooperation is to develop between the two countries.

To date, all requests and threats from the Indian side have stalled and failed. Also adding to the tensions is the multibillion dollar China-Pakistan Economic Corridor, part of China’s “One Belt and One Road” or new Silk Road project – a series of roads, railways, pipelines, hydropower plants and other development projects, being built from the Xinjiang province in China to Gwadar in southwestern Pakistan. Passing through territory in Kashmir, which India claims as its own, this could create further tensions between the two countries.

But now, with the changes emerging within the economically ambitious middle class Pakistanis, this can change. An option for the Indian government could be to work through a strategy to reach out to this middle class. Soft diplomacy can work the charm offensive – whether through sporting interactions or arts and culture, including films – to take advantage of the changing demographics and win the middle class Pakistani population over to allow for more pressure on the political system.
There is a revolution on India’s doorstep, and a fresh approach needs to be taken to perhaps find solutions to problems which have festered for far too long between neighbours.
- Advertisement -
Share
WhatsApp
Facebook
Twitter
Linkedin
Previous articleTwenty-five years on
Next articleLeaving home… to go back home