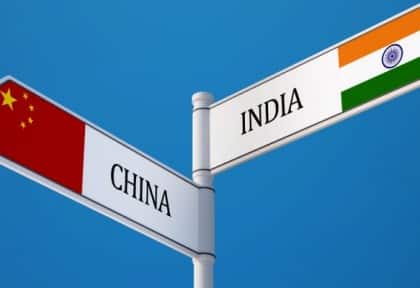 Can India pitch in to fill the vacuum being increasingly left by China?

If India needs to progress its relationship with Australia, there is no time like the present. The question is, does India really care about deepening its connections with Australia, and what is at stake?
Australia is in an interesting position. As the world polarises around the United States and China, Australia finds itself caught in the middle. It looks towards the US for its defence policy, but needs China for its economic growth. Ever ready to be the mouth piece for the US (as evidenced recently in the furore over Beijing’s South China Sea adventures), Australia’s economy is also vulnerable to a slowdown in China, or indeed any economic threat which China may impose.

It must be a tightrope act as Australia tries to balance itself between the two powers.
Australia might have no one to blame but itself for this situation – not having built up sound trading relationships with other emerging nations of the world, particularly in Asia.
Yet it has to be acknowledged that China has also been extremely clever in shoring up its own position with regards to business with Australia.
But there is a weakening in the growth story of China. While it is largely expected that it will continue to grow between 5-7%, it is still below the growth momentum of 8-9% of a few years ago. And herein lies the opportunity for India to take up this slack and grow its economic relationship with Australia.

The reality is that India does not figure prominently in the minds of the Australian public, or indeed many businesses, beyond a potential travel destination. India’s diplomacy was evident in Australia when PM Modi visited in 2014; not only was the local Australian media enthralled by his presence but there was deep pride in the hearts of the Indian Australians as they shared the Indian PM’s vision with their Australian friends. Since then, however, there has been little, if any, work done in promoting India’s soft power, which is a way to attract favour from other countries through ‘diplomacy, culture, design, cuisine, sport and beyond.’

The recently concluded Rio Olympics is an example from the other end of the spectrum. If sport is an important component of soft power, it was indeed a poor show that India put up. It remains to be seen if there will be any long term planning by the Indian government in this regard or whether India’s Rio debacle will be conveniently forgotten in a week or so.
The much anticipated Festival of India in Australia, Confluence, has just commenced. It has as its objective creating of greater awareness of India’s art and culture in Australia. One sincerely hopes this is the start of a long-term vision by Indian government agencies to send some quality productions to our shores. Rather than draw on local talent which, however capable, we see staged at other art festivals, it would be great to see India fully fund its own international soft power push rather than accept resources from its host nation. It seems unnecessary for a country vying to be an economic leader.

And yes, India must deepen its engagement with Australia. Internationally, Australia does punch above its weight. It is a nation well respected amongst the international decision makers such as the United States, Germany, France, Japan, the United Kingdom and, yes, even China. While an increase in economic arrangements, partially filling the vacuum left by China, will do neither country any harm, it would be a positive step to see the relationship turn into a deeper friendship.