Osama bin Laden is gone, but terrorism is not 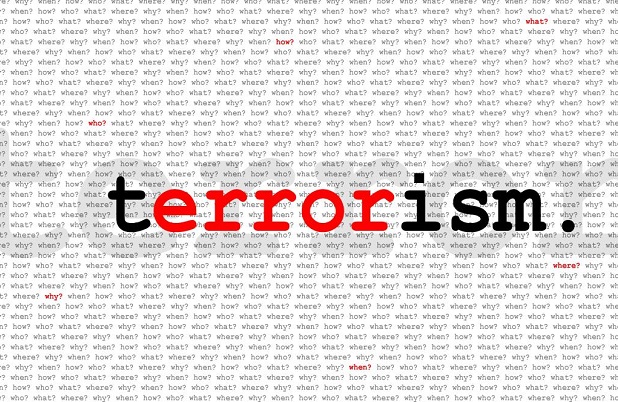 On March 11, I attended a lecture by Ajit Doval held at the University of Melbourne’s Australia India Institute. Doval spoke on ‘The Challenges of Global Terrorism’, a topic on which he is eminently qualified to speak, given his past role as director of India’s Central Intelligence Bureau.

Assuming one believes the official story about the May 2011 killing of Osama bin Laden by the American military, it would be tempting to think that we are entering an era of safety and that groups such as al-Qaeda are on the brink of being defeated. However according to Doval, such a view is the opposite of the truth. To the contrary, it is time to brace ourselves for a world that is more unsafe than the world which existed prior to the attacks of September 11, 2001.

There are several reasons for Doval’s pessimistic outlook. First, there are the tens of thousands in North Africa and the Middle East who support al-Qaeda and its objectives. The organisation has become stronger and its reach now extends further. Al-Qaeda now operates as an almost global organisation, despite the efforts of the American Central Intelligence Agency, Federal Bureau of Investigation and equivalent agencies in the United Kingdom and Australia.

The American-led war in Afghanistan against al-Qaeda’s leadership has hurt the organisation, yet Doval is worried about what will happen once Western forces have withdrawn from the Middle East.

Despite spending billions of dollars and sacrificing hundreds of thousands of lives, experts such as Doval admit that anti-terrorism efforts have not led to stellar results. Yet Doval does not appear to offer any solutions apart from doing more of the same. He wants the US to be harsher on Pakistan for harbouring terrorists; for there to be greater international cooperation; and for intelligence capability to be significantly enhanced. But these are all attempts at tinkering with a system that needs radical root-and-branch reform.

Doval and other intelligence chiefs appear to have forgotten one of the fundamental rules of solving crimes – the importance of establishing a motive. In order to ensure the ‘War on Terrorism’ is more successful than the ‘War on Drugs’ or the ‘War on Crime’, that is, in order for it to lead to a definite outcome rather than continuing on indefinitely for another 100 years, it is imperative that the underlying reasons for terrorism be addressed.

There is a wealth of research largely ignored by the heads of the major intelligence agencies that directly addresses the question of how best to prevent individuals from turning to terrorism in the first place. Most of this scholarship is by individuals with significant experience in counter-terrorism and policing.

Michael Scheuer – a former head of the CIA’s Bin Laden unit – argues that Islamic terrorists are angered by America’s support for corrupt and tyrannical Muslim governments, western troops on the Arabian Peninsula, western support for Israel, American pressure on Arab energy producers to keep oil prices low, the occupation of Iraq and Afghanistan, and the support for Russia, India, and China against their Muslim militants. In other words, Islamic terror groups are not all irrational religious fanatics. They have rational objectives that capitalise on the public resentment caused by western meddling in the internal affairs of Arab nations. Such meddling has led to many atrocities against residents who are then inspired to support insurgent groups. Scandals relating to the Abu Gharaib prison, torture, rapes by American and British soldiers, and collateral damage caused by drone strikes are just the tip of an iceberg that goes back to America’s overthrow of the democratically appointed leader of Iran in 1953. It is practical concerns such as these that have allowed al-Qaeda to thrive.

Scheuer’s thesis is supported by Robert Pape of the University of Chicago. Based on an analysis of 315 suicide attacks between 1980 to 2003, Pape finds “little connection between suicide terrorism and Islamic fundamentalism, or any one of the world’s religions… Rather, what nearly all suicide terrorist attacks have in common is a specific secular and strategic goal: to compel modern democracies to withdraw military forces from territory that the terrorists consider to be their homeland”. This ‘logic’ of suicide terrorism applies just as well in Sri Lanka as it does in the US, Saudi Arabia or Iraq.

In the long term, lasting gains against terrorism will require all nations to truly understand their enemy. From this understanding will arise a strategy for reducing the support that groups such as al-Qaeda obtain from the public in Arab nations. This can be done without appeasing terrorists, giving up legitimate strategic targets or compromising national security.