On Trump, Uber and money matters 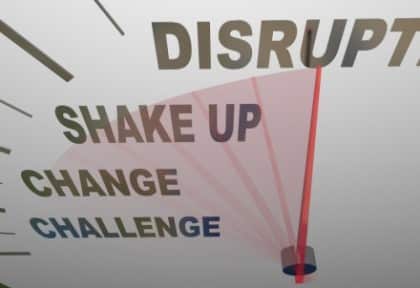 What an interesting month it has been.
The 48 hours of 7 and 8 November, 2016 will be long remembered by those of us of Indian background.
Defying all odds and refuting every pollster, flamboyant businessman and reality show host Donald Trump defeated career politician Hillary Clinton to become the US President. As the results rolled in, many shook their heads in disbelief to see a bully, a racist and a misogynist rise to the most powerful office in the world. Now we wait to see if Donald Trump the President, is the same person as Donald Trump the candidate.

Could the Trump victory perhaps be the ‘Uber’ effect in politics? Recent times have shown that although we may take time to warm up to new options, we do like a good shake-up of the old guard. We love our disruptions. We now buy our music one song at a time and store it on a tiny device, share our experiences with groups of people at one click, order private vehicles as taxis on our mobile phones. These have become routine practices as the older methods of doing the same things have gone out the window.
Over the years, a crisis in leadership has gradually crept up, with growing mistrust of all politicians. While many leaders might still be providing exemplary service to their communities, public perception of politicians is one of self-serving, power hungry, deceitful individuals who cannot be trusted.
Hillary Clinton was a career politician and Trump cleverly painted her as someone who was part of all the problems of government. With nil government experience himself, he presented himself as a disrupter, someone who was not sullied by all the shenanigans of what goes on inside government, someone who said it (however despicable) as it was, someone who was exploited by the system, even his own Republican Party, simply because he was different. He was the Uber of the taxi world, he was the Airbnb of the hotel world, he was the Netflix of the TV world.
And he won.

Now, we wait and see how this disruption that the Americans have thrust on the rest of the world, works out.
Meanwhile, across the seas, India was seeing its own disruption. Prime Minister Modi struck an economic blow in his attempt to rid the nation of the scourge of black economy, which was hampering the advancement of its people. He had often spoken about weeding out corruption and the black money hoarded by many in the community. As he brought in demonetisation of the 500 and 1,000 rupee notes, Indians all over the world scrambled to find a way to comply with the new rules.

Social media went into a meltdown (sadly even thinking up ways of how the system could still be beaten). Yet, the view from the ground is that there are few who are criticising the move. Sure, the inconvenience and the suddenness of the whole saga has shaken everyone, but what has emerged is that the citizens want this to work.


They have a commitment from the top man himself, who seems to have convinced them that he wants a clean and progressive India, that he views leadership as an opportunity to change the system rather than being part of the corrupt system. Through this move, he has induced the common man to own the fight against corruption.
Both disruptions – Trump in America and demonetisation in India – come with their risks. Let’s hope though, that they lead to the achievement of the right long-term goals.
- Advertisement -
Share
WhatsApp
Facebook
Twitter
Linkedin
Previous articleAn Aussie church celebrates Deepavali
Next articleThe art of diplomacy