Exactly who is the bill discriminating against? Trikone Australia chairperson KUNAL MIRCHANDANI explains. 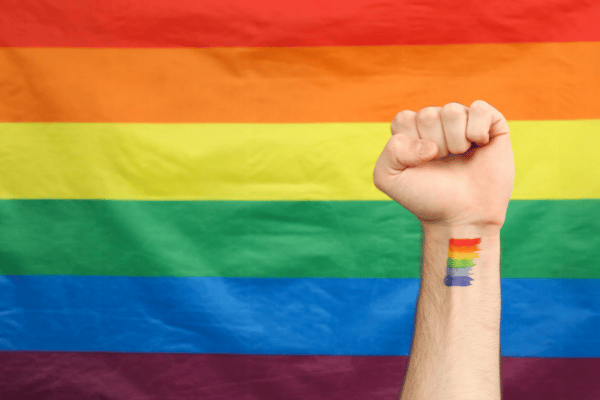 Prime Minister Scott Morrison introduced a Religious Discrimination Bill to the parliament last week. Promised by the Coalition government in the wake of the same-sex marriage debate in 2017 to provide extra protection for people of faith, this bill has been deeply controversial. But despite widespread opposition (including from members of his party), the PM’s fervid language during the bill’s introduction made clear what we’ve known all along – that he doesn’t represent all Australians.

“People should not be cancelled or persecuted or vilified because their beliefs are different from someone else’s in a free liberal democratic society such as Australia,” Morrison said. “Many people from various religious traditions are concerned about the lack of religious protection against the prevalence of cancel culture in Australian life.”

The fact that the PM would use this bill as an excuse to wade into the divisive waters of cancel culture is unsurprising, particularly since an earlier version of the bill included the so-called “Folau clause”. As you may recall, Israel Folau is a footballer whose inflammatory comments about homosexuals “going to hell” resulted in his termination from Rugby Australia in 2019. It is clear from the PM’s words that he believes Folau has been unjustly “cancelled” for his beliefs and his initial proposal for this bill would have protected Folau from being fired for his offensive statements.

So what exactly is the Religious Discrimination Bill and why is it so divisive?

On the surface, the bill aims to give better protection for people of faith, particularly when expressing their said beliefs. This could manifest in real life as a Catholic nurse telling an HIV patient that God is punishing them. Or a waitress in a cafe telling a queer woman of faith her relationship is an abomination. There is a good reason why potentially sensitive “statements of belief” are prohibited today and this bill would give zealots the license to broadcast their bigotry in the name of religion.

Let’s face it; there’s already plenty of religious protection in Australia. Even a widely supported public health initiative like getting the COVID vaccine can be avoided based on “religious exemptions”. So who exactly is the bill protecting? Certainly not religious institutions, who already enjoy widespread protections such as tax exemptions.

The ironic fact is that instead of protecting one group, this bill has been designed to discriminate against another group. By permitting religious schools and institutions to fire staff or students who don’t conform to their beliefs, the bill resurfaces many of the old wounds that arose during the toxic marriage-equality debate. Young LGBTIQ+ Australians, whose sexuality was already questioned by politicians who had no business in the matter, will have their identity invalidated over and over in school recruitment brochures and employment websites.

The Coalition government has assured that any loopholes opened up by this bill would be addressed in an update to the Sex Discrimination Bill at a later stage. But considering it’s already taken years for this Religious Discrimination Bill to take form, who knows how long it will take for the government to fix the problems it has created? Unless there is adequate protection for LGBTIQ+ students and teachers in religious institutions in place, we must not allow this bill to pass. It’s not just the emotional state of our young queer Australians, but the very soul of our nation that’s at stake. If we allow our politicians to openly enshrine discrimination into our law, what right do we have to continue calling Australia a welcoming, inclusive and multicultural society?

A protest march on the issue is taking place this Sunday at Taylor Square, Sydney. Learn more about the event here.

READ ALSO: ‘Love in the time of Lockdowns’: Trikone Australia