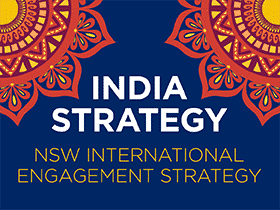 With the changing of the guard, there’s an opportunity to further the relationship with India and develop our soft power potential

Former Premier Mike Baird was much admired in the state’s Indian community: he was seen as an extremely efficient and approachable Premier of NSW. He did much for the Indian-Australian community, but unlike his predecessors, seemed to show a lack of urgency for building and strengthening the relationship which was being developed between NSW and India.
Over the years, the political leaders of NSW have recognised the fact that it will be to their advantage to have a stronger bilateral connection in trade and commerce with India. With over 180,000 people of Indian origin now living in the state, it makes sense to develop deeper bonds between the number one state in Australia and India. Many areas have been identified where there are ample opportunities for NSW to offer its expertise to India – financial services, smarter cities, skills and training etc.
In fact, all these were raised when Indian PM Modi visited Australia in 2014 and interacted with leading NSW politicians including Mike Baird, then in charge of the state.


The former premier also met with the Indian PM during his maiden visit to India in 2015. Modi then invited him back every year to build on the $1.8 billion trade between NSW and India. Now, two years down the track, a return visit by the former premier has not been possible and by all accounts, with the current change to a new Premier, it does not seem to be a high priority for the government.
The positive move by Baird to build a stronger relationship between NSW and India was the appointment of his predecessor Barry O’Farrell as special trade envoy to India. O’Farrell is well known for his passion for all things Indian and also has been a frequent visitor to India. It is good to note this continuity beyond the current political changes.
But for those within the corridors of Macquarie Street who wish to progress this relationship to a stronger level, there needs to be a renewed vision of engaging with India. On a people-to-people level, there seem to be considerable resources being spent in neighbouring Victoria to build up their brand with India. With events such as the hugely successful Indian International Film Festival completing its fifth year, and the upcoming  partnership of Melbourne Writers Festival with the world renowned Jaipur Literature Festival, NSW is losing out in the soft power engagement with India. The two cultural offerings – Parramasala (which is now being diluted of its Indian heritage) and the lighting of Opera House for Diwali – seem to be the only two NSW engagements with India.

With the changing of the guard, it is an opportunity to look at how to further the relationship between the two. The state’s trade with India is not going anywhere fast and we are not developing our soft power potential. Even at a federal level, there seems to be a gap after the changeover from former PM Abbott, who was passionate about working with India, to current PM Turnbull, who to date has not shown any excitement about India. One of the best advocates of building a stronger relationship, Australian Trade Minister Andrew Robb has left politics.
In a year where one suspects international relations will be about all things Trump, it will be a good opportunity to create a long term niche in the relationship between NSW and India.
- Advertisement -
Share
WhatsApp
Facebook
Twitter
Linkedin
Previous articleHelping people turn their lives around
Next articleDesivolution