It's on: the election we had to have 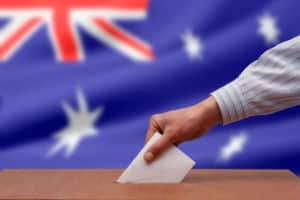 It was a prayer which Tony Abbott would have been saying every night since he narrowly lost the last election. With a parliament evenly split, it came down to two men: Rob Oakeshott and Tony Windsor, who decided to cast their lot in the favour of the Gillard camp. Tony Abbott has been spitting bricks ever since that fateful announcement and has continually touted the Gillard and Rudd governments to call an election.
God has listened and an election has been called, but perhaps not with all of the advantages which Tony Abbott had a few months ago. This time, the contest is between two formidable opponents, unlike the battle between Abbott and Gillard, which was heavily tilted in the favour of the leader of the Coalition.
The Labor Party change of leadership was a change which had to happen. Labor was slipping in the polls and all indications were that they will be totally annihilated. While the Gillard led government was putting groundbreaking reforms in place, the message was just not getting through. Too much noise about leadership spills, backgrounding of journalists by those in the anti Gillard, pro Rudd camp, a toxic atmosphere. To the Labor Party and all political observers, Rudd was white-anting his leader and the more he did so, the more popular he became with the electorate and the poll numbers in his favour shot up. The public loved him, but his own party, other than a select few, despised him.
However, self preservation took place and Gillard was deposed and Rudd became the new leader of the Labor Party, and the fourth Prime Minister of Australia in six years. Since then, poll numbers have shot up.
For the Indian Australian community, Kevin Rudd has never openly demonstrated his friendship with India, unlike his love for China. The Labor Party has been more dismissive of the student issues than the Liberals. The issue which will emerge is to which party aligns itself with the aspirational Indians who have now made their new home in Australia. Trends have been changing in the Indian Australian community. A large number which came down under in the last 10-15 years have changed from being migrants in employed positions to those who have dabbled in small businesses. These businesses might be franchises of subways, 7-11, or Australia Post, or even small businesses in exporting/importing, accounting services, food outlets, travel agents etc.
They now need a government which can support them in these activities by minimising red tape and restrictions which lead to a free flow of services.
The Liberals have form on this but Labor is trying to narrow this gap. PM Kevin Rudd has increasingly spoken about his plan to connect with business. In his first term, he could not do this. If he cannot assure the migrant community that he now has a new plan to help the migrant community hoping to make a better life here, it is going to be difficult to get their ticks in the ballot box for the Labor Party.