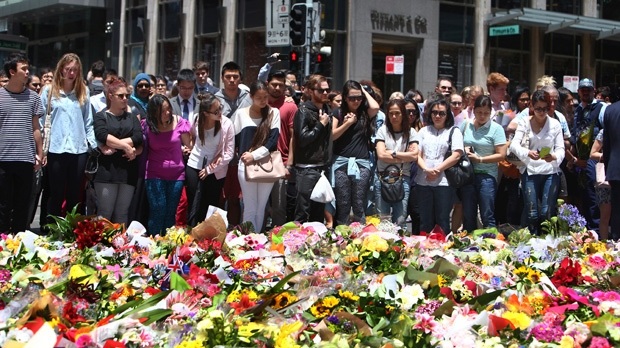 For those of us from the Indian sub-continent, ugly incidents of terrorism have been part of our lives for a few decades now. We despair whenever these events break out in India, and though we worry about loved ones back home, count ourselves lucky that we live in a country where terrorist attacks are the storylines from Hollywood movies.

Though Prime Minister Abbott called it a brush with terrorism, that one man held a group of innocents hostage, brandished religious slogans and then killed two innocents, brought forth the fact that Australia has joined the list of those unlucky countries where terrorism – worse, home-grown terrorism – has occurred.

Details about the gunman, Man Haron Monis, are emerging and being analysed as we go to print and there will no doubt be wall-to-wall analysis of his radicalisation, his mental illness and the failure of the authorities and community leaders to address the situation before it occurred.

However, what needs to be applauded and congratulated is the way the local Australian media and officials conducted themselves.

Comparing the situation to the Mumbai terror attacks in November 2008, where the local media fed into the frenzy, the Australian media showed their maturity in starving the gunman of media exposure during the Sydney siege. While there were reports of the perpetrator forcing his hostages to contact various radio and television channels to talk and describe their anguish and relay the list of demands, the Australian media refused and, as one, insisted that all hostages should talk to the police negotiators. It has also emerged that the gunman made the hostages post videos of the situation, but these were not given any airtime. Hours before being officially announced, the name of the gunman was known to the media but again, to avoid any undue incident during the negotiation process, this was also withheld.

The Mumbai terrorists had direct contact with their overseas minders, and the ongoing media coverage gave them oxygen, with in-depth knowledge of the tactics which Indian commandos could deploy. During the Sydney siege, there was no information on operational procedures.

The manner in which Prime Minister Abbott, NSW Premier Baird and the police chiefs kept the public informed is also commendable; this helped stifle rumours and misinformation.

Kudos to all involved for doing a difficult job right.

But while Australian innocence was lost, as a nation we also showed extraordinary concern for our fellow human beings. Even as the diatribe against Muslim Australians began on social media, the hashtag #illridewithyou starting trending as well. A simple gesture by the local community to travel with, or simply be seen with, people of different faith who could be targets of racism, this stymied any elements that may have taken aim at parts of our community feeling vulnerable at this time. The adversity of the Sydney siege brought out the best in us as Australians.

On this bittersweet note, on behalf of the Indian Link team across its various platforms of print, radio and social media, I wish you all a very happy and healthy New Year. May it be a peaceful and safe one for you and yours.