Indian-Australians call it for Liberals 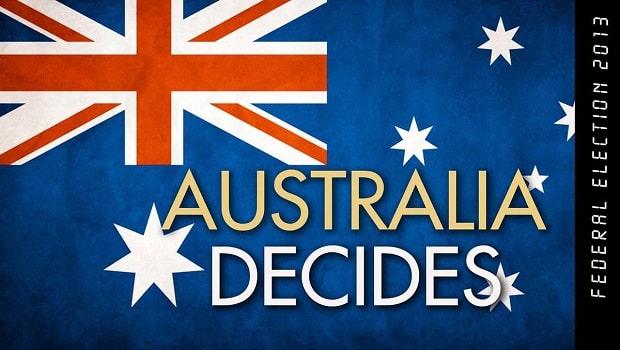 The Indian Australian community has come out strongly in favour of the Liberal-National coalition in an online survey conducted by Indian Link. Data was gathered over four days between 16 and 20 August 2013, from just over 500 people across the country. Midway through the 2013 election campaign just over 50% of those surveyed indicated their support for the Coalition for the September 7 election.
The ALP secured 43.28% of the votes, compared to 50.75% for the Coalition, with the Greens picking up the balance.
An interesting observation however came from the question on preferred prime minister. Surprisingly, Indian Australians believe that Kevin Rudd will make a better prime minister, giving him a comprehensive preference of 52.6% of the votes over Tony Abbott at 47.4%.
Indian Australian voters seem to view the leadership style of Rudd – or at least the public leadership style – as much more likable.
It seems that the change from Julia Gillard did not make much difference to the voting intentions of the community. Over 70% of the respondents confirmed that it did not make a difference to them who the leader of the ALP is during this period. It appears that all the troubles with Labor, particularly with policy and not just with the personality issues at the leadership level, have turned Indian Australian voters off.

What was surprising was the strong gains that the Coalition has made into the perception of who will do more for the Indian Australian community. Traditionally, Labor has been strong in staking its credentials over the migrant vote. However, in the Indian Link survey, both Labor and Coalition seem to be neck and neck in securing just over 47% votes, with the Greens picking up the balance 5%. Palmer United Party did get a mention as working better for Australia’s Indian community. As the community matures from the working class migrant group to those establishing, growing or being involved in small businesses, there seems to be the emergence of a shift away from Labor towards the Coalition.

While we have certainly grown in numbers in recent years, it is also clear that entrepreneurial activity has increased within our numbers with the new arrivals, who are small to medium business owners rather than those in the professions. The doctors and academics made up the early Indian settlers of the 1970s and ‘80s, whereas among the newer settlers a larger number are entrepreneurs. And to them, Liberal is a better fit than Labor.

Influencing this decision is perhaps also the perception that the Coalition will forge better relations between India and Australia. With the Labor Party stalling on the progress of uranium sales to India, their heavy-handed approach to the international students’ issue of 2009-’10, and their clampdown on 457 visas, the Indian community seems to be leaning slightly toward the Coalition with a 51.5% vote as compared to 48.5% for Labor. This is also reflected in the respondents’ answers to which party will offer better immigration policies.
State-based affairs – whether Campbell Newman’s cost-cutting measures in Queensland or the Eddie Obeid-Ian MacDonald ICAC saga in NSW – seem to have played a marginal role in the decision of the final vote. Only 25% have indicated that state politics influenced their decision.

Interestingly enough, the debate on asylum seekers ranked the highest among various issues of concern to the voting intentions, with education close behind. The Australian economy was third as a factor, while cost of living ranked fourth in order of importance. In the marginal seats in Western Sydney, a region which a significant number of Indian Australians call home, the refugee issue is a hot topic, and it seems that the party which settles the asylum seeker debate most effectively will strongly gain from the Indian Australian vote.

At the last Federal elections in 2010, Indian Link polling had the election too close to call. Days later, the election results vindicated this finding.