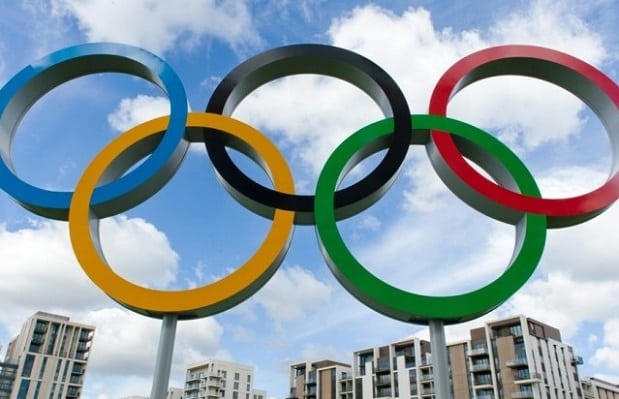 Reading Time: 4 minutesSigns are that the sport scene in India is just beginning to take on a new look

Words cannot describe the humiliation many in India would have felt as the world saw Shiva Keshavan, Nadeem Iqbal and Himanshu Thakur walk as independent Olympic participants behind the International Olympic Committee (IOC) flag at the Sochi 2014 winter Olympics instead of the Indian tri-colour. This is because the Indian Olympic Association (IOA) had been suspended by the IOC due to interference by the Indian government in the autonomy of the national Olympic committee. As it happens, Shiva Keshavan finished a disappointing 37 out of 39 competitors in the singles luge competition. So how should we react?

India has been a perennial under-performer at the Olympic Games for many years. The London 2012 Olympics were, in fact, the most successful ever for India but the 2 silver and 4 bronze medals was a very modest haul indeed for a country the size of India. In contrast China with a GDP per capita 4 times that of India had a medal tally of 14 with 88 medals in all. So where are we going wrong?

There was a golden era in hockey, lasting until around 1980, when India was on top of the world. Now we are ranked 10th from a list of some 71 participating countries. And in football, which is passionately followed in a few pockets around India, we languish at an inglorious 152 out of 207 participating counties. So how can this be?

It would be too easy to criticise Shiva Keshavan and our other athletes for poor performances. We might even say they lack skills, don’t train hard enough, are not committed and just don’t possess the winning instinct. But such criticism would be uncharitable in the extreme. I believe these young men and women are to be congratulated in following their passion. They have competed for their country, given of their best and deserve our thanks. Undoubtedly, they would have preferred better results. Have they really been helped in their endeavours? So what can we do for them?

There are, basically, two areas that hold our athletes back. Firstly, the funding. India spent close to $10m on 83 athletes ($120,000 per athlete) for the London 2012 Olympic Games. This contrasts with Australia’s funding of $310m for 410 athletes ($750,000 per athlete). A lower funding per athlete, even if all else is equal, equates to lower results. Theoretically, one way to overcome this is to reduce the contingent of athletes and target more funds to those most likely to succeed. This is easier said than done, unfortunately. The second main and over-riding problem in many Indian sports is the shambolic, dysfunctional administration. Greed, bureaucracy and the chance to shop in Oxford Street or the Champs-Elysees take over. So what’s the answer?

In 1983 India, with Kapil Dev’s memorable exploits, won the Cricket World Cup. This lit the flame for the cricket-crazy country that India is now. A major reason for this was the tough, private-enterprise led BCCI that ensured the greatest rewards for the players, the sport and everyone concerned. Since then the IPL has followed with the best cricketers wanting to be part of this extravaganza, thus lifting standards all around. What must not be forgotten is that it is a move away from government into private hands that is causing this lift in standards. More recently, since the IMG group and Reliance have got behind football there has been a 70% increase in TV audiences since 2010. Manchester United, Liverpool and other top football teams are now widely known throughout the country and the standard of football is set to improve dramatically. There isn’t a shadow of doubt that without government interference sport can prosper in private hands. So what has happened?

Unfortunately, what should have been the best model for the governance of sport has lost its gloss. BCCI has seen heads roll and is an entity that is feared, with a lot of power but with little credibility. And IPL franchises have been imploding for a variety of reasons. The saying that absolute power corrupts absolutely is not without foundation. Until controls are placed on power hungry institutions the roller-coaster that is Indian sport will continue. So what’s the latest?

Actor Abhishek Bachchan has just purchased the Jaipur franchise of the IPL style pro Kabbadi team. In a recent World Cup, 30 countries participated and India’s men’s and women’s teams came top. We can only hope that kabbadi will feature in the Olympics in the near future.

Our cricketing superstars are also starting to shake up the sports scene. We have legend Sachin Tendulkar turning into a sport impresario. He has recently purchased the Kochi franchise for football of the Indian Super League (ISL) and also a share in the Mumbai based tennis franchise of the International Tennis Premier League. Not to be outdone, Sourav (Dada) Ganguly, the recent fiery Indian cricket captain, has bought a share of the Kolkata franchise of the ISL.

A shake up is definitely taking place in Indian sports. Will interest in cricket start to wane and football increase in popularity? Will the new sports leagues be able to govern themselves without falling over? Will all this rub off on future Olympians? These are exciting times indeed for sport in India.