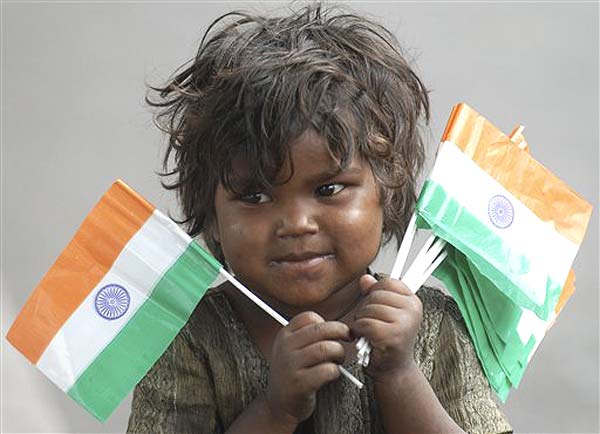 Reading Time: 4 minutesThe people of India need to take personal responsibility for shaping the country rather than relying on charismatic leaders
India is developing to be a formidable economic force on the global stage.  Since his inauguration as the Prime Minister of India, Narendra Modi has been hopping across the globe pitching India as a secure and reliable market for overseas investments. Internally, to the citizens of India, Mr Modi and his BJP government have been promising sustainable development and prosperity. Ache din, to use their words.

PM Modi and the current BJP government were ushered into power last year by the people of India on the sole agenda of bringing about a “change” in the country. A tangible, progressive change on the social, economic and political fronts.
Zoom in to the politics of the Indian capital, New Delhi. Another region of India where an alternative government has recently been swept into power on the sole agenda of bringing about change – a change towards eliminating corruption and installing responsible governance. Kejriwal and his Aam Aadmi Party have been entrusted with this transition by the people of Delhi.
The turnstiles of an economic change within India have been turning for a few years now. India, through its recent governments, has been saying all the right things to the rest of the world. It is increasingly reaching out and networking with other progressive nations and economies, as it aspires to become a powerhouse in its own right. It is a more marketable India than it ever has been since independence. This economic transition, albeit gradual, is visible and tangible.
However, if one is to peel off this outer layer of economic projections and aspirations, and glance inwards to the core of the largest democracy of the world, there exists a dark societal dichotomy at the heart of India. The much-touted progressive India on the outside harbours an entrenched fabric of an out-dated ethos and stagnant value systems.

Time-worn societal norms, communal segregation and corrupt political channels have turned modern-day India into a nation where rationale and reason often take a back seat in the face of religious and political denominations. This is a nation plagued by a severe lack of emotional intelligence and moral awareness within its urban and rural reaches. India thrives on double standards – ethnic, communal and political double standards.
This nation has outlawed caste-based discrimination but remains foolishly defiant against calls to review the relevance of its caste-based “affirmative action” quotas. It is a place where an increasing number of women lead a precarious life infested with threat, violence and abuse, but it is inappropriate to screen a documentary in this nation depicting the vicious moral brutality within its male demographic that needs to be cured to make Indian women safe.
Indian society is largely intolerant of its own diversities. Easily susceptible to division (and often rioting) over its own differences of race, ethnicities and religion, it is a nation too distracted by its own shortcomings to hold any meaningful and intelligent debate about its welfare and harmony. India is a nation that, in its own folly, refuses to probe and amend irrelevant and redundant social and religious traditions that hamper its evolution and success. This is a country of ridiculously dogmatic beliefs about matters of caste and creed. Hypocritical and chauvinistic.
If the citizens of India are serious about seeking meaningful change to enhance their political, bureaucratic and social frameworks, they need to take upfront personal responsibility to bring about that change through their own behaviours and etiquette. Political parties and their leaders are mere manifestations of our inherent social and moral values.

Until the Indian society elevates its own moral and social standards and demands the same of its leaders, it will continue to drown in its own fallacies. It will keep relying on political alternatives like the Modis and Kejriwals every five years, without holding them accountable, only to be distracted by their shenanigans and remain deprived of a real step change. Then they’ll hop on to the next political party and the next government, seeking the same change.
All this much-publicised economic advancement of India will fail to trickle through to its citizens if its citizens fail to introspect and drive a major cultural and moral evolution within the country. Mediocrity of thought and action must be vehemently rejected – within the society, and in government. A benchmark of a profitable and sustainable Indian economy will be a genuine augmentation of the living standards of all its citizens.
Until that happens, “Incredible India” will only be a good marketing slogan and a feel-good concept. Not a reality.