In defence of hyphenated nationalities 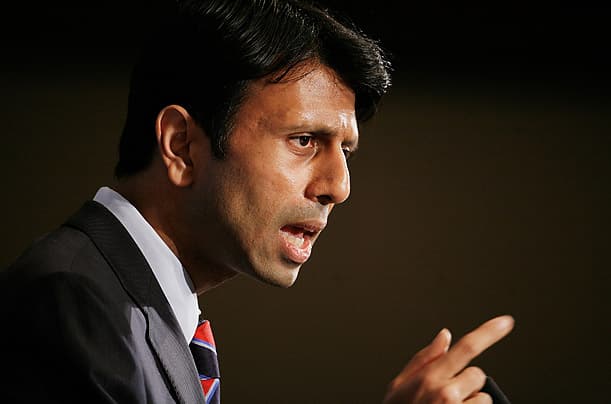 Reading Time: 3 minutes We need to promote acceptance of hyphenated identities rather than divisions based on cultural backgrounds

Bobby Jindal is a name which non-resident Indians are familiar with globally. A high flying (Indian) American politician, Jindal is at short odds to be nominated as the Republican candidate for the United States presidency in 2016. But his recent comments aimed at satisfying those in the far right of the party have attracted much headline and debate. Jindal, the first Indian-origin Governor of an American state, said in an address to the Henry Jackson Society in London, “My dad and mom told my brother and me that we came to America to be Americans. Not Indian-Americans, simply Americans. If we wanted to be Indians, we would have stayed in India.”

He went on, “I do not believe in hyphenated Americans.”

Bobby Jindal, who changed his name from Piyush to Bobby and religion to Christianity early in his political career, also went on to say that the objective in this speech was to be clear about what he believes to be America’s proper role in international affairs; to speak bluntly about the nature of the threats being faced and the recent tragic events in France; and to suggest what he thinks is the way forward.

One is unsure as to what the removal of the hyphen will do to bring about world peace, or to what Jindal is presumably referring to, that is, the prevention of radicalised Islam in second and third generation migrants to the US and other countries.

What Jindal has failed to understand, clearly, is that the need to belong is an essential psychological one. According to psychologist Abraham Maslow, the need for belonging is a major source of human motivation. It figures as one of five human needs in his famous hierarchy of needs, along with physiological needs, safety, self-esteem and self-actualisation. Maslow theorised that human needs must be satisfied in order – those lower on the hierarchy must be met first.

It is easy to extend this to our lives as migrants. Moving to a new country, our immediate priority is our need for physical survival – food, clothing, shelter. Once these are met, we start our journey to discover ourselves. Through our family environment, our work and our lifestyle, we get to know ourselves in our new environment. Over time we challenge some of the ideas we may have held previously and begin to look at things from fresh perspectives, immersing ourselves in our new environs. This becomes more evident as the next generation of Indian-Australians finds their identity in Australia.

The ability to be connected with all things Indian via YouTube or Skype while living in Australia, does allow us to hang on to our heritage, more so these days than perhaps when the Italian or Greek migrants came to Australia before us. Then again, the same technology allows us to understand the value and benefits of what our new homeland can offer us.

The freedom to celebrate Diwali and then have a few days of festivities at Christmas, is the great part of being Indian-Australian. Hey, if Australia wins at the cricket, we celebrate by throwing a shrimp on the barbie; if India wins, we put on the tandoori chicken! How about a tandoori turkey at Christmas to enjoy both sides of our heritage?

So, Piyush ‘Bobby’ Jindal, there is nothing wrong whatsoever in hyphenated identities. What we need to promote is openness and acceptance rather than divisions based on cultural backgrounds.