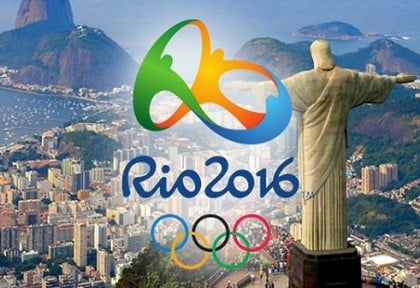 The Rio Olympic Games have taken over our hearts and minds, but the allegations of widespread drug use among athletes is a lesson in morality for us all

The father of the modern Olympic Games, Pierre de Coubertin will be spinning in his grave knowing that the Olympic motto of Citius, Altius, Fortius, Latin for “Faster, Higher, Stronger” is being abused by some modern day athletes. To Coubertin, these three words represented a programme of moral beauty; to some modern athletes, winning the gold can be at the cost of their morals and ethics.

The build-up to the Rio Olympic Games has been no different to what one has observed for all major sporting events in the past. During the 2008 Beijing Olympic Games, there were headlines about the hazards of pollution; for the 2010 Delhi Commonwealth Games international media played up security fears. But once the Games start, the attention turns to the athletes and the competition.
And Rio has been no different. The headlines about the Zika virus and the dirty beaches have now died down. Be it the triumph of the burqa-clad American fencer or the stories behind the victorious Australian women rugby sevens team, the Games have truly taken over the hearts and minds of the people. Even the Opening Ceremony is a lesson in geography, as one learns more about the different countries of the world and watches the athletes in all shapes, sizes and skin colour march out with smiles and phone recording devices held up to the massive stadium.
Yet, what will always be seen as a blight on these Games is the inability of the International Olympic Committee (IOC) to take a definitive stand against countries which have proven to assist in systematic doping of their athletes to win gold, or those which have not adhered to tough international sanctions against their guilty athletes.

This time around, what could not be swept under the carpet were the allegations of widespread drug use among athletes from various countries, especially Russia. A report by Prof. Richard McLaren of the World Anti-Doping Agency (WADA) proved beyond reasonable doubt that systemic state-sponsored doping had taken place across many sports in Russia. The IOC abdicated their moral responsibility to all athletes by passing on the decision of including or excluding Russian athletes to the individual sporting federations. What has since emerged is the athletes have themselves spoken out against the drug cheats competing at the Games. This has been a wonderful endorsement of people power and is a lesson for all that if the system cannot fix it, individuals need to speak up and society will listen.

Perhaps in this is a lesson for all of us that cheating will be called out and, while one can get away with it for a while or find excuses to justify it all, at the end of the day, one’s own moral compass needs to be sharp enough to know where the line is being crossed. Three of the four Indian women who won the 4x400m relay gold when Delhi hosted the Commonwealth Games in 2010, have failed drugs tests. They blamed their coaches, saying they were given banned substances by them.

The lack of a morality compass cannot be passed on to others or society pressures; rather, it is a direct result of a lack of personal ethics and values. One wonders how often we judge ourselves to find our own standing on this morality scale; and if we are in the red zone, how do we react to it – ignore it and carry on, or work towards moving away from it.