Education could be game changer for India-Aus ties 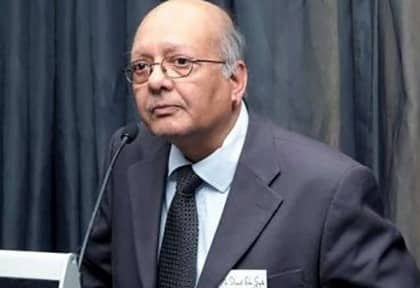 The platform for a transformational change in bilateral relations was laid when Prime Minister Narendra Modi visited Australia in November 2014.
Deviating from script, he spoke of India-Australia relations as “a natural partnership arising from our shared values and aspirations”.
He was not talking of cricket, the Commonwealth or curry.
He was, in fact, changing the vocabulary from the 3Cs to the 3Es: economy, energy and education.

This disruptive transition necessarily requires a shift in mind-set from a lukewarm, limited and uninformed engagement to one that is robust, dynamic and aspirational.
When Modi became PM two years ago, his government faced enormous developmental challenges – both economic and social. This was further aggravated by the wholly unrealistic expectations in terms of the speed and intensity with which his electoral promise of “aache din” (better times) would be translated. He was acutely aware of India’s structural and other limitations in being able to achieve this within an abbreviated time-frame.
Consequently, he reached out to the global community. In his view, as he said in the Australian parliament, partnerships require that countries stand together at a moment of enormous opportunity and great responsibility.
Among the multiple opportunities that India offers, education has all the ingredients to emerge as a game-changer in bilateral relations. Let me explain.
India’s demographic trend will soon see it overtaking China as the most populous country. Currently, over 50 per cent of India’s population, or around 600 million, are under 25 years of age. Within the next five years, India will have the largest tertiary age population in the world. Second, the middle class is expected to swell to around 500 million.

With GDP growth rates set to cross eight per cent through sustained high economic performance, the demand for higher education will consistently grow. Coupled with the series of reforms and new initiatives through programmes such as Make in India, Clean Ganga, Digital India, Smart Cities, Start-up India and the like, exceptional possibilities for tie-ups have opened up with international institutions that embed education, entrepreneurship and innovation in their teaching pedagogy. In addition, the demand for vocational education and training is expected to see an exponential surge. This suggests that India will emerge as the biggest opportunity for top quality international education providers in the 21st century.
New Delhi is acutely aware of the importance of quality education, without which the benefits of the demographic dividend might be squandered and reduced, in fact, to a demographic disaster. Large numbers of young would be jobless and could easily be lured into criminal and anti-social activity.
Indeed, one of the biggest challenges India faces is the horrific mismatch between the significant demand for education and its abysmally low supply. Archaic pedagogical techniques, coupled with dodgy fly-by-night education providers, have delinked education from employability. Consequently, it is no surprise that a large number of the unemployed are, in fact, educated.

In addition, as geography digitally shrinks and work environments increasingly become multi-cultural, the Indian work force would need to embrace global standards and innovation. This can only be achieved through education that departs from the 19th century mindsets to a more futuristic one.
A systemic transformation of the education system is, therefore, inescapable. At the same time, New Delhi realises the urgency of the massive challenge it faces in terms of qualified teachers and faculty, schools, universities, vocational training centres and infrastructure.
It is estimated that by 2020, India would need 40 million university places, which is an increase of 14 million or two million starting now over the next seven years, and 500 million skilled workers. While online education might address part of the problem, it is not likely to be the solution, especially not in the vocational training sector. The footprint simply has to dramatically increase if the demographic dividend is to substantively contribute to economic growth and wellbeing in India.
The sheer magnitude of this exceptional opportunity makes it an attractive business proposition. Statistics suggest that even if India succeeds in achieving its target of 30 per cent gross enrolment rate by 2020 in the tertiary sector, 100 million eligible students would not be admitted to university because of the shortage of seats.

This lack of supply and the increasing ability of the middle class to pay for higher education in quality institutions allows for Australian and other world-class education providers to emerge as a viable alternative.
Innovative ways of collaborating with Indian educational institutions and vocational training centres would need to emerge as the new strategy. At one level, this entails tapping into the huge unfulfilled demand but for a sustainable model to be built, international collaboration must include joint research projects with partner Indian institutions and the corporate sector.
Indeed, it is no exaggeration to say that the scale of demand in the education sector would be unprecedented. In Modi’s vision, it is this historic challenge that represents the moment of enormous opportunity and great responsibility for India-Australia relations. It would be the test of true partnership.
Never before in the history of India-Australia relations has there been such expectation and hope among so many that a new chapter in bilateral relations is about to be written. After 30 years of historic neglect, perhaps this is a relationship whose time has finally come, where collaboration in education and training could provide the much-awaited tipping point. To lose this opportunity would be a major strategic setback and a platter on offer squandered.