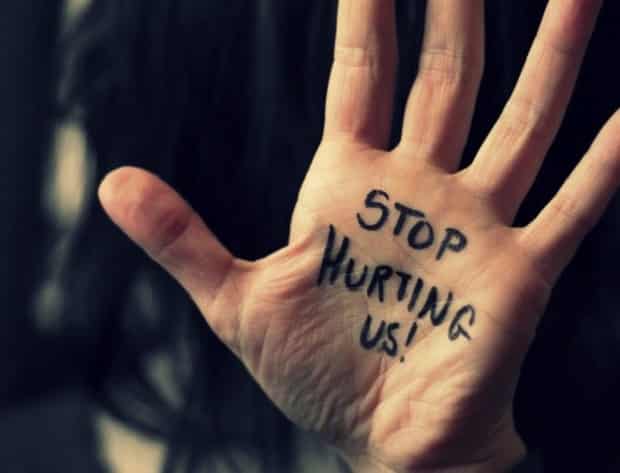 Reading Time: 4 minutesCompatibility between individuals rather than an arrangement between families is now trending in matrimony

As a junior doctor, I have a clear memory of one of the first patients I assessed, that related to domestic violence. I was working a night shift in a hospital in Sydney’s western suburbs. The patient was a thin, young Indian woman who was presented to the hospital with bruises to her face, back and shoulder. There was a question of whether she had a broken nose, for it was swollen and tender.

After ruling out a fracture, a more complete history revealed that she had been married for just over a year. The marriage was arranged and the man was a clerical worker from South India. Strikingly, it was the first act of violence and it occurred two days after the man had received permanent residency. He was no longer dependent on his wife in order to remain in Australia. This example illustrates how domestic violence has great overlap with power relations among the sexes, and can encompass different features in different cultures and socio-economic groups. Alcohol is often a factor, and a growing trend is the emasculation some men are feeling from more equal sexual roles and a decline in traditional male jobs, such as factory work.

But the power spouses and families might wield over visa and migration privileges is unique to migrant groups, and more common in South Asian families where arranged marriage remains relatively common.

Australia has a little known and interesting regulation whereby a recent arrival who comes here on a spousal visa but then loses that visa due to an abusive marriage, has the right to continue with their path to permanent residency. It is referred to as a family violence regulation and was brought in by the previous government in 2012.

When enacted, the Federal Minister for Women, Julie Collins said: “Domestic and family violence is unacceptable. It’s important that women do not face obstacles in leaving violent relationships and receive appropriate support and assistance.

It seems just, for such people are often victims, arriving to Australia with the hope of a happy marriage and new life in Australia, only to find that their spouses and their extended families see them as leverage to wield power and extract compensation for allowing them a path to migration”.

In fact, seeing such cases offers a great illustration of changes in age old notions of class and status. For example, it is only through arranged marriage that a taxi driver or security guard, with little or no tertiary education, could hope to marry a high caste, university educated woman from India. Yet, this is commonplace when there is the leverage of migration to one of the world’s wealthiest countries. There is also the promise that more relatives might migrate in the future.

The modern world overturns many of these age old hierarchies, best illustrated by the American journalist Katherine Boo’s account of Mumbai slums in Behind the Beautiful Forevers. The book outlines how centuries of tradition, caste and status are overturned in barely a generation through the ravages of the market economy and globalisation.

But back to arranged marriage. A key aspect of this is how little responsibility local communities take for such outcomes. In many of the examples of family violence I have seen arising from newly arrived spouses, there had been little attempt to assess the likely compatibility of the two individuals getting married. A not uncommon scenario was that the male or female based in Australia already had a lover, and agreed to the marriage merely to appease the parents. The Indian based spouse arrives only to find that their partner wishes to continue their prior relationship.

At the heart of this folly is the age old belief that marriage remains the union of two families. I have heard this repeated throughout my entire life as emblematic of the cultural differences between Indians and Westerners. This may have held true in the days we all lived in villages and closely maintained clans and traditions, but this is not even the case in the more traditional parts of India anymore. The upheaval caused by mass industrialisation and migration means marriage is very much a union between two people, usually beginning in a small flat in an outer metropolitan area. This can cause an enormous strain in relationships where the individuals are highly compatible, let alone when they are a complete mismatch, and further complicated by overbearing, entitled relatives.

There is a real risk that as more and more cases associated with the family violence regulation become apparent, that the broader community will view the problem as another example of importing backward cultural practices into Australia. This would be excessive, but perhaps not a surprise.

Community solicitor and President of the Pakistani-Australian Association, Ejaz Khan said that domestic violence remained a major problem within South Asian communities, but felt interventions were not always culturally sensitive. “The intrusion of police and apprehended violence orders straight away often worsen the situation, rather than help appease the basis for conflict”, says Khan. He advocated more culturally sensitive measures such as a one stop shop for domestic violence sufferers of ethnic backgrounds, and worries that the Community Services Minister Pru Goward was not taking ethnic communities into account in her recent taskforce into domestic violence.

You only have to see the debates surrounding gay marriage to see that the institution of marriage is in flux. There are sections of the local Indian community that remain wedded to age old beliefs surrounding marriage and view it only as a transaction to progress the status of their family. They risk tarring the reputations of the entire community.