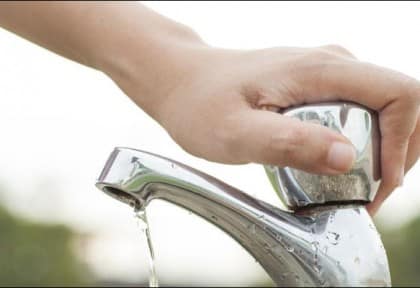 Reading Time: 3 minutesIndian Prime Minister Narendra Modi has called for a new Chicago to be built every year. Cities require lots of buildings, which is why sand mining, mostly illegal, has exploded across the country as people seek to supply sand to construction firms. The construction boom, however, has revealed an absence of any effective institutional safeguards to govern sand mining.


Sand is vital in ensuring India’s groundwater supply, but state government corruption and poorly enforced regulations have allowed “sand mafias”, illegal miners who mine and transport sand, to thrive.
In India, politics and current environmental laws feed the corruption and illegal sand mining operations contributing to the country’s water woes. Running a reputable business in India is extremely hard to do. According to the New York Times, the existing legal system pushes anybody looking to construct something to issue bribes to the necessary officials. The World Bank ranks India 130 out of 190 countries for ease of doing business and an awful 185 out of 190 for one’s ability to acquire a construction permit.
A possible reason for these figures is that the acquisition of a mining commission does not put legal miners ahead of illegal miners. Permit applicants must wait for long periods of time for applications to be processed and even when a permit is acquired, economically speaking, the business sees no immediate benefits. Commissioned miners must pay for land reconstruction and are not able to expand the size and depth of their mandated operation. It is easier, and more cost effective, to pay a number of bribes up front to politicians, engineers and managers and carry on as an illegal miner.
Such a system is a natural breeding ground for corrupt officials. Politicians have been reluctant to take any concrete measures that address India’s worsening sand, and by extension, its groundwater, situation. Sand mining is a policy area critical to mitigating India’s worsening groundwater situation, but, politicians, un-interested in the implementation of laws, and institutions to back them up, prefer to ignore the policy problem and make money from it instead.
The fortunes to be made through bribery, graft and the facilitation of illegal sand mafias in the sand industry are more lucrative than if they were to implement policies that saved sand. Without officials to reign in miners, who apparently do not care about the health of the rivers they mine, the quality and quantity of ground and surface water, as well as the institutional security of India, is being seriously threatened.
Sand is vital in securing India’s most critical water resource: groundwater. India is the largest user of groundwater with more than 60 per cent of groundwater being used for agriculture and 85 per cent for drinking purposes. Many argue that falling groundwater supplies are due to cheap drilling technologies and the Green Revolution, but sand mining is equally to blame.
In the Indian state of Kerala, a river in the village of Manimala has suffered the effects of sand mining. The river running through the village has all but dried up. Sand is a vital component of aquifers, as it acts as a material capable of storing water for later extraction.

Without sand, the water table (the upper-most layer of the aquifer) drops.

Furthermore, rainfall is not absorbed and rivers do not fill up. Wells run dry and eventually deeper wells that are sunk looking for remaining water fare much the same. Without sand, water cannot be captured. Some have even likened sand mining to water theft. To recharge groundwater levels, sand is a necessary ingredient. Sand acts as a link between the flowing river and the water table and provides structure to the flow of the river and the riverbanks.
Overall, the mining of sand by criminal gangs shows how corruption and ineffective institutions are obstacles to water security that cannot be ignored. India is a helpful reminder that to be water secure, one must be politically secure first.