As US backs away, India on the forefront to fight climate change

India has ramped up its efforts to be a global leader in renewable energy. 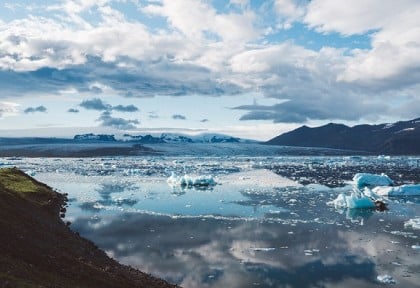 Reading Time: 2 minutesAs the United States President Donald Trump announced his decision to abandon the Paris Climate change agreement, joining only Nicaragua and Syria in this process, India has ramped up its efforts to be a global leader in renewable energy.
The Paris Accord is signed by 195 countries of the world with a plan to limit global warming to 2°C above pre-industrial levels, in addition to shifting the world towards sustainable growth and practices.

India is cancelling plans for establishing coal plants and also committing to lower its consumption of fossil fuel by 60% by 2030.
Instead, spurred by sharply falling prices for solar energy (2.4 rupees per kilowatt hour as compared to 6.5 rupees per kilowatt hour for natural gas), India is aiming for a target of 40% renewable energy by 2030. While this may seem an ambitious target for a country plagued with rolling blackouts and where over 300 million people still do not have power, what is credible is the commitment which is being shown to fight climate change.
While India ranks behind China and the United States as the third largest emitter of carbon dioxide in the world, in per capita terms, it is the 128th most polluting country in the world.
There seems to be a change in this approach at the very top of the Indian leadership. PM Modi had said on record around the time the Paris accord was signed in 2015, that there needs to be a greater responsibility by the developed nations in fighting climate change, seemingly passing the baton. But at a news conference recently, Modi stated that India will continue working above and beyond the Paris accord. He has called the Paris agreement the “common heritage” of the world.
There also will be a jostling for leadership on this topic as the United States leaves the table. Both India and China will like to take the moral high ground on this and be involved in leading the policy change discussions. The youth of today are more zealous on climate change; any country seeking to limit greenhouse emissions and working towards curbing the negative impact of climate change will capture their imagination. There are also economic benefits as the Paris signatories work on production of renewable energy options and open the markets up to trade their clean energy technology.
Stories of start-ups in India wanting to battle climate change have started to emerge. Companies which have developed waste technology platforms allowing for on-field sensors like biometric attendance devices, bin sensors etc. are emerging; solar and wind energy companies are ramping up their offerings. While they do have a long way to go to make a strong impact, they are slowly and surely firing the imagination of middle class and younger Indians. All the more power to the politicians who are encouraging this.
Kudos to the lead shown in this by New Delhi and Beijing, brickbats to Washington on their turn-around in this area.