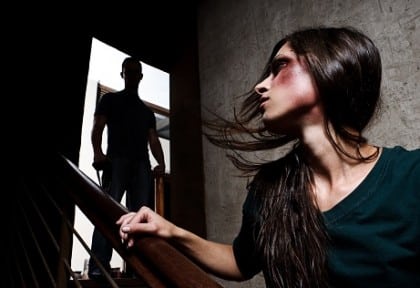 When it comes to domestic violence, it should be a deeper conversation than “If he hits me, I’ll just hit him back…”

In the past fortnight, the Indian community in Sydney has been shocked by the story of a well-loved young woman from a high profile family who fell victim to violence at the hands of her partner.
We know her as a bright young woman – an independent, educated, charming, warm and friendly person. An entrepreneur with a successful business to her name, she is more than capable of looking after herself, and is committed to family values at the same time. Raised in Australia, she fell in love with a man who lives in the US, and she was convinced that he loved her too. A fairytale wedding ensued. She moved to America, ready and excited to begin a future together with her new husband.
Then the abuse began. Scarred, battered and bruised, and quite alone in a new country, she tried every avenue to fix her marriage – enlisting the help of family and a marriage counsellor. She hoped he would change and that her nightmare would become a distant memory. But it didn’t. After months of suffering, with the support of her family, the young woman woman was able to take the brave step of ending her very traumatic marriage.

Domestic violence. It is a taboo topic, almost like a dark cloud hanging over our community. When someone comes out and says they are, or were, in an abusive marriage or relationship, we feel confronted, and often don’t quite know what to say.
The saddest part, and the hardest perspective to change, is the unintentional victim blaming. When a woman comes out of an abusive relationship people ask, why did she stay with him for that long? Why did she take it? Why didn’t she speak up earlier? Nobody’s first concern is that the man has the audacity to hit the woman.
So, why do the women stay? Well, their movements may be completely under the control of the man, and often, they may have nowhere to go. In the case of our community, there may be concerns about the potential stigma as well.
But the experts tell us, if he hits you once, he will hit you again.

We have grown up thinking that this sort of thing may happen back in India, but surely not here in Australia! We are taught from a young age that nothing should compromise our personal safety or the safety of those around us.
Yet one woman is killed, on average, every week as a result of intimate partner violence – and a woman in Australia is more likely to be killed in her own home by her male partner than anywhere else or by anyone else.
In the recent past we have mourned for women like Nikita Chawla, whose husband took a meat cleaver to her head, and Deepshikha Godara, whose intervention order against her estranged husband ran out four days prior to her murder.

It starts with one misogynistic joke, one aggressive comment, one remark demeaning women. It is common to joke at the expense of women: we hear it in our songs, we see it in our movies, but just because it is common in our society, it does not make it okay.
The Australian government recently launched an anti-domestic violence ad campaign, “Stop it from the Start”.
I am all for a bit of banter, but it is concerning how the jokes regarding violence against women come so naturally. It has happened with me: sitting in a group of friends, banter flying here and there, when in response to a joke I made, a generally warm-hearted male friend retorted “Mein jooti laava?” (Should I take my shoe off?)
Do we really find jokes that demean one sex to elevate another, funny?
We seem convinced that domestic violence cannot and will not happen to us or our peers. We are educated, we are independent, we live in a civilised society. However, the stories of women like Nikita and Deepshika show that this offers no protection from the hands of a violent partner.
This conversation has been going on for some time and we have definitely made some progress. But I hope the discussion among women of my generation can go deeper than “If he hits me, I’ll just hit him back…”

Moving forward, as a society we have to teach boys that they must treat girls as equal partners in every aspect of their lives – through school, sport, co-curricular activities and within the family. Hopefully they will carry this attitude to adulthood.
It is time to look at family violence as much more than a relationship issue, but something that affects the very fabric of society. The repercussions can often move beyond the relationship, affecting family members and friends, as well as exerting an influence well into the next generation.