An aberration of compassion 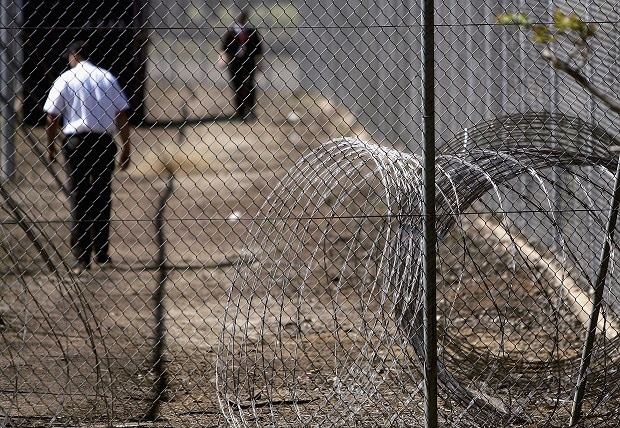 Reading Time: 3 minutesYESHA JOSHI asks if Australia has lost its sense of kindness for the plight of desperate refugees seeking a better life?

Australia was the sixth country to sign and ratify the International Refugee Convention in 1954 under Liberal Prime Minister Robert Menzies. On January 22, 1954, Australia’s representative to the United Nations said, “I am glad now to offer further evidence of our compassionate concern with this problem by formally stating our binding adherence to convention which will elevate the standard of treatment of refugees to the status of international legal obligation”.

Our national anthem crafts a nation of compassion and we proudly sing these lines, “For those who’ve come across the seas we’ve boundless plains to share, with courage let us all combine to Advance Australia Fair”.

These words are not meaningless. Our governments in the past under former Liberal Prime Minister Malcolm Fraser acted on them by opening our borders on compassionate grounds to Vietnamese refugees who fled during the Vietnam War between the 1950s and 1970s.

Under PM Fraser’s leadership, Australia saw an intake of about 200,000 migrants from Asian countries with nearly 56,000 Vietnamese refugees settling in Australia. They all call Australia home, and have contributed greatly to the advancement of Australia as a nation.

We once understood that compassion was important. We had policies based on humanitarian grounds. We had true leadership.

But today, Australia’s intake of refugees is not in the hundreds of thousands, which compares poorly to UN figures showing Canada with an intake of 170,000 refugees each year, or Germany where approximately 600,000 refugees are resettled.

Our immigration system is crippled, and detention centres are a place of cruelty and mental harm.

This month we heard the shocking news of a young Indian student who committed suicide in Melbourne’s Maribyrnong immigration detention. The 27-year-old Indian university student hung himself on February 13; he had been detained by the Immigration Department for overstaying beyond his visa.

This follows the report of the Manus Island detention centre breakout which saw Reza Barati, a 23-year-old asylum seeker from Iran fatally shot, along with another 63 asylum seekers injured.

While our Immigration Minister is sketchy on the information about Manus Island, refugee advocates have argued that mental health is a pressing issue in Australian detention centres. Yet, this is increasingly being ignored by our Government.

The degradation of people’s mental health is inevitable under a mandatory detention policy that locks up people’s future for political gain. To put it simply, Australia has a harsh deterrence policy which supports indefinite detention of men, women and children who seek refuge and asylum.

Brad Chilcott, Director of Welcome to Australia says, “For over a decade we’ve been told to suspect those arriving by boat of having malicious intent and being of devious character. We’ve been encouraged to fear, to exclude and to accept simple cruelty as a solution to a complex problem. This is slowly eroding our character as we’ve normalised this kind of behaviour as acceptable for our leaders. We’ve rewarded people who have dehumanised asylum seekers and promised us brutality if we’d vote for them.

Australia can be, and is, a welcoming, kind and generous nation. I see it wherever people turn their values into action, wherever a community is set free from fear, wherever people lift their eyes from their own situation and see the humanity in another. This is the Australia that is possible”.

Arguably, it isn’t about opening our borders to simply anyone seeking to settle in Australia; its about committing to our international obligations to the Refugee Convention. It’s about making sure we process the files of refugees and ensure that genuine refugees have the right to settle and contribute to the advancement of Australia.

Most importantly, it’s about compassion. Because for as long as we have wars, the prosecution of innocents and gross inequality, we will always have desperate people willing to do anything for a chance at a better life.

Mental illness is prevalent in our detention centres. After all, one can only imagine what the mental toll must be to have fled a war-torn country in search of a home that is promised to be kind, caring and accepting; only to find the experience to be the exact opposite.