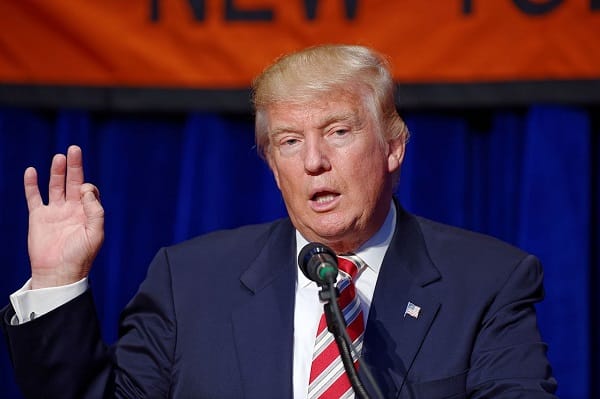 Reading Time: 2 minutesDonald Trump was sworn in as the 45th President of the United States of America in January this year. His elevation to the top job, and actions in it, have taken the world by surprise – to put it lightly. Known for his “bombastic” style of management, with more experience in reality TV than tactful diplomacy, Trump has set the United States down a path where it may face difficulty in maintaining its global leadership on a wide variety of issues.

Twice already this century, the US has been at war: first in Afghanistan in 2001, in retaliation to the terrorist attacks on US soil, and the follow-up, the 2003 war against Iraq, which has been seen by those who should know as unwanted and wrong.
Not only has this war cost US taxpayers over $2 trillion, but more significantly, thousands of lives have been lost. With a proxy war in Syria looming, this propensity for violence shows no signs of slowing down.
Trump burst onto the international scene in a year when the Nobel Peace Prize was awarded to the International Campaign to Abolish Nuclear Weapons, a group that works to promote nuclear disarmament around the world. And yet, under Trump, the possibility of a nuclear war with North Korea has increased exponentially, and the long-standing nuclear deal between US and Iran faces the likelihood of standing no more.
In the Qatar-Saudi Arabia diplomatic rift, while Trump’s Secretary of State Rex Tillerson attempted to bring about reconciliation, the President himself lauded the Saudis for their “hard but necessary” move. Under his leadership, the US appears more content with confrontation rather than negotiation.
His latest announcement of recognising Jerusalem as Israel’s capital has been rebuked by almost all the international leaders, including the UK Prime Minister, the Turkish President, the French President, the Saudi King and even the Pope.
President Trump has blasted the United Nations, semantically criticising them as “not a friend of democracy…not a friend to freedom…not a friend to the USA” and withdrawing his country from UNESCO. Subsequently, while the US has been acting like a bull in a china shop, China is increasingly seen around the world as a power to be dealt with – extending to its rivals an economic embrace through its One Belt, One Road policy, meeting international environment preservation targets, and creating alliances with Russia to increase its influence in the World Trade Organisation. Why is this important?
With economic might comes the ability to influence other geo-political situations, as one nation (and one nation only) sees fit. China is Africa’s largest trading partner and experts believe that Africa carries an enormous diplomatic weight in shifting the political influence away from a US- and a Western-world-dominated world order.
Without question, the United States’ mojo has diminished in the first year of Trump’s presidency, and with three years before the next election, its influence seems to be heading in only one direction.
What India must do in response, is adjust its global aspirations – caught politically, diplomatically, at times ethically and of course geographically, between these two giants.