Preventing the radicalisation of our youth 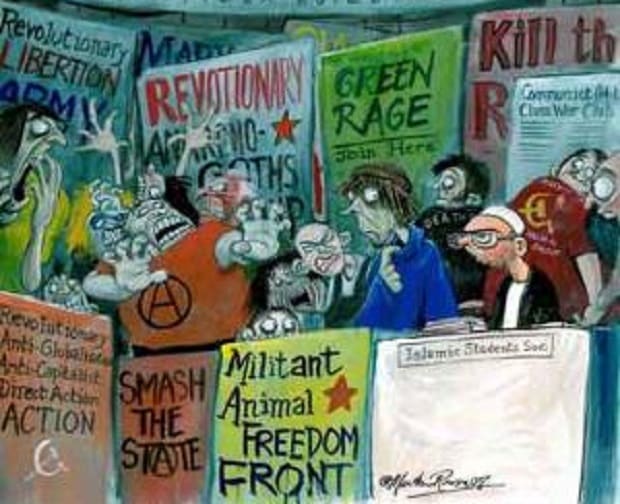 Reading Time: 3 minutesNews that up to 150 Australians could be fighting in Syria and Iraq for the extreme radical militant group ISIS is indeed concerning for all Australians. The Australian government, law enforcement agencies and, more importantly, the community need to take steps to prevent further radicalisation of our youth.

The Federal Government has in the past set aside funds, such as up to $700,000 in 2013 for community programs, to tackle extremism. To an extent it seems to be working but it can be questioned if more can be done.

The challenge not only involves what needs to be done with those of Australian origin who are currently involved in these jihadist activities but there are also concerns of how to integrate them with society when they return rather than allow further proliferation of extremism in the country.

To combat such radicalisation both State and Federal governments need to move decisively.

An insight in meeting this challenge is given by Shahram Akbarzadeh in his 2013 article Investing in Mentoring and Educational Initiatives: The Limits of De-Radicalisation Programmes in Australia, which appeared in the Journal of Muslim Minority Affairs. He states here that state sponsorship of moderate Islam neglects the broader context of Muslim experiences, which is marked by socio-economic under-privilege and political alienation.

These experiences marginalise Australian Muslims and make them vulnerable to extremist ideas. This pattern is most evident among the youth, whose sense of self is still in flux, says Akbarzadeh.

Youth in our communities are still trying to find their place between the country of their parents’ birth and that of their own upbringing. The share of Indian-born Muslims is 2.1% according to the 2011 Census and 5.6% for Pakistani-born Muslims.

From the community point of view, it is important that we address these issues so as to educate and franchise our youth better.

While Australia is home to them, their sense of identity is still hyphenated as they are referred to as Indian-Australians, Sri Lankan-Australians or Pakistani-Australians. To the educated classes, these distinctions can blur with time. For those who may be from a less advantaged socio-economic background however and are on the fringes of religious marginalisation from the mainstream, there is more susceptibility to the pressures of the radicals within their society.

As the youth go searching for answers, those who can incite rather than excite them about life should answer their questions.

The 9/11 attacks, the London bombing, the Mumbai attacks and the Boston Marathon bombings are all examples of youth gone astray when their desire to believe is greater than their capacity to judge good from the bad.

Society needs to step in, and acceptance has to be the key. Media, both social and traditional, has to be more accepting of the differences between peoples. Political leaders need to allow for more inclusiveness in their policy programs rather than just make token gestures. Businesses have to step up the educational campaigns to convey the benefits of diversity.

In view of this, Attorney General George Brandis’ intention to repeal section 18c of the Racial Discrimination Act 1975 is clearly wrong. It is the right of individuals from all walks of life to feel free and protected from unfair discrimination based on race. The government needs to retain section 18c of the Act, which makes it unlawful for people to vilify others on racial grounds. Any repeal of this act can send our society backwards.

The Racial Discrimination Act helps create a fairer Australia for all, and stops individuals from offending, insulting, humiliating or intimidating another person or a group of people, based upon race, colour or national or ethnic origin.

The problem of marginalised youth in our migrant communities could pose serious security concerns and so needs to be handled sensitively.

Community acceptance and respect of each other will be an important platform in this endeavour.