Why India cannot follow new WHO guidelines to protect mothers 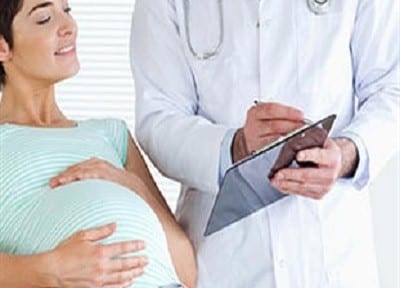 India must double antenatal visits by health workers to pregnant women to reduce the risk of stillbirths and pregnancy complications, according to a new World Health Organisation (WHO) guideline released last year, writes DEVANIK SAHA

Is India ready to implement this and other new guidelines to protect its mothers? It is not, an analysis of government data and research studies shows.
The new guidelines are important, given that, despite a 62 per cent reduction in child mortality between 1990 and 2015, more children (1.3 million) below five died in India in 2015 than anywhere in the world; the country had more stillborn babies than any other, 26 per cent of neonatal deaths, and close to a fifth of 303,000 maternal deaths in 2015.
The government, on February 15, joined a new network to improve the quality of care for maternal, newborn and child health, announced by the WHO and committed to halving preventable deaths of pregnant women and newborns in health facilities over the next five years.

The quality of antenatal care is vital to reduce the risk of stillbirths and pregnancy complications, and the absence of it explains why more women enrolling for hospital deliveries in India isn’t translating into fewer maternal deaths.
India’s maternal mortality rate (MMR) was 178 deaths per 100,000 live births in 2011-12, worse than Sri Lanka (30), Bhutan (148) and Cambodia (161), and worst among the BRICS countries: Russia (25), China (27), Brazil (44), and South Africa (138).
In November 2016, the government launched the Pradhan Mantri Surakshit Matritva Abhiyan, or the Prime Minister Safe Pregnancy Scheme, which aims to provide free and comprehensive care on the ninth day of every month during pregnancy. Pregnant women are provided special, free ante-natal checks in their second or third trimester at government health care facilities, including ultrasounds, blood and urine tests.
Yet, getting these facilities to women is a challenge, especially in poorer states. No more than 3.3 per cent of pregnant women in Bihar reported receiving full antenatal care, lowest among states. Full ANC refers to at least four antenatal visits, at least one tetanus toxoid (TT) injection and iron folic acid tablets or syrup taken for 100 or more days.
IndiaSpend looked at some of the WHO recommendations and evaluated India’s ability to implement them:
1. Minimum of eight antenatal contacts with pregnant women
A minimum of eight contacts for antenatal care can reduce perinatal deaths by up to eight per 1,000 births, compared to a minimum of four visits, said WHO.
Despite the emphasis to antenatal care under government health programmes, India is not close to universal antenatal care, according to a 2016 study, which analysed data from the National Sample Survey Office (NSSO).
The study found that women belonging to disadvantaged communities, particularly scheduled-caste (SC), scheduled-tribe (ST) and rural areas, received sparser ante-natal care. SC/ST women contribute to the highest proportion of pregnant women without antenatal care.
The proportion of mothers who had at least four antenatal visits varied considerably: While states such as Bihar, Madhya Pradesh and Uttarakhand reported four visits to 14.4 per cent, 35.7 per cent and 30.9 per cent, respectively, of mothers, richer states, such as Tamil Nadu (81.2 per cent), Maharashtra (72.2 per cent) and Andhra Pradesh (76 per cent), did better.
2. Daily oral iron, folic acid supplements
The WHO guidelines recommend daily oral iron and folic acid supplements with 30 mg to 60 mg of elemental iron and 400 µg (0.4 mg) of folic acid for pregnant women to prevent maternal anaemia, puerperal sepsis, low birth weight, and preterm birth.
Anaemia was the top cause of maternal deaths in India (50 per cent) and the associated cause in 20 per cent of maternal deaths, and India reported that 45 per cent of pregnant women were anaemic — the highest proportion in the world.
Only 9.7 per cent of mothers in Bihar consumed iron and folic acid for 100 or more days when they were pregnant, followed by Tripura (13.4 per cent) and Rajasthan (17.3 per cent), according to NFHS-4 data.


In the 2017-18 budget, the Indira Gandhi Matritva Sahyog Yojna (Maternal Benefit Scheme) saw an allocation increase from Rs 634 crore ($94.6 million) in 2016-17 to Rs 2,700 crore ($298 million).
This allocation, however, isn’t enough to cover all expectant mothers. The government itself had estimated that the the annual requirement for this maternity benefit scheme would be Rs 14,512 crore ($2.1 billion).
Since there isn’t enough funding, the ministry plans to provide maternity benefit only to first-borns.
3. Tetanus toxoid vaccination
The WHO guidelines recommend a tetanus toxoid vaccination for pregnant women to prevent neonatal mortality from tetanus.
India reduced neonatal tetanus mortality by 99.76 per cent over three decades in 2015, which was described as a “significant public health milestone” by the WHO, which declared the country free of neonatal tetanus in May 2015.
However, to mitigate the threat of a resurgence, experts recommend that at least 80 per cent of expectant mothers must be immunised and at least 70 per cent of births must take place in hygienic conditions. Institutional deliveries rose by 15 per cent over a decade from 2004 to 2014, but the rise isn’t translating into fewer maternal deaths.
4. One ultrasound scan before 24 weeks’ gestation
An early ultrasound is recommended for pregnant women to estimate gestational age, improve detection of foetal anomalies and multiple pregnancies, reduce induction of labour for post-term pregnancy, and improve a woman’s pregnancy experience.

Ultrasounds should be done by radiographers at community health centres (CHCs) in rural areas. But CHCs nationwide are 66 per cent short of radiographers, and as many as 13 states and Union Territories are 75 per cent short, according to the Rural Health Statistics (RHS) 2016.
5. Counselling about healthy eating and keeping physically active during pregnancy
The role of gynaecologists and paediatricians is critical in counselling pregnant women. However, there is a 77 per cent shortage of obstetricians and gynaecologists and 80 per cent shortage of paediatricians in CHCs nationwide. Nearly 62 per cent of government hospitals — which include CHCs, district hospitals and sub-district hospitals — don’t have a gynaecologist on staff.
6. Health-care providers should ask all pregnant women about use of alcohol and other substances at every antenatal visit
Gynaecologists and auxiliary nurse midwives (ANMs) are the frontline of the battle against infant and maternal mortality. In 30 per cent of districts, sub-centres with ANMs serve double the patients they are meant to and an estimated 22 per cent of sub-centres are short of ANMs.
- Advertisement -
Share
WhatsApp
Facebook
Twitter
Linkedin
Previous articleHolier than thou? These Indian women shattered prevailing notions long before Western women's emancipation
Next articleWhen literature celebrates our hyphenated selves