Men's health: encouraging men to be brave enough to be vulnerable 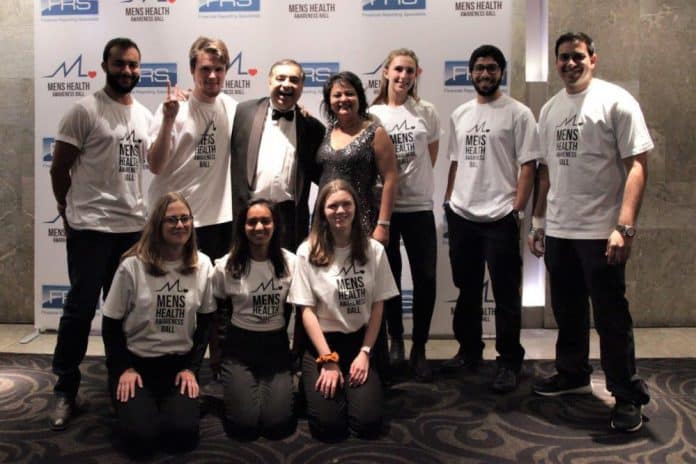 Reading Time: 4 minutesThe predictability and focus required for daily life can act as a distractor from attending to things that, if not attended, can shake us, break us, unmake and remake us. The life changing experiences of Vik and Bhavisha Bhandari have been instructive in finding a balance between the things that are necessary for daily living and those that are needed for a life that is rich in health.
When Vik’s father had a stoke leaving him partially paralysed, Vik was profoundly shocked and shaken. Prior to that, Bhavisha’s uncle suffered a massive heart attack and died there and then at work. These sudden unexpected events led the Bhandaris to look at risk factors for these and other illnesses such as bowel and prostate cancer. The risk factors causing a stroke and heart attack, such as high blood pressure, unhealthy diet and lack of exercise, are commonly known, however early detection and regular screening can prevent a disaster.
What the Bhandaris discovered alarmed them: men are particularly reluctant to seek medical help or advice despite facing serious risks and possible early death by not doing so. Too often men say, “I am too busy”, “I will sort it out later” or “It’ll be alright” and prioritise other things such as work over their health. The statistics are stark in this regard: Every 12 minutes an Australian dies from heart, stroke or blood vessel disease. Most heart attacks and strokes are preventable.
The Bhandaris realised that men do not ask themselves basic health questions, do not follow up with their doctors when they have health doubts or concerns, and do not take preventative actions such as annual health check-ups. Men need to be brave enough and focused enough to be vulnerable.
They set up the Men’s Health Awareness Ball to act as a vehicle for raising awareness about the need for men to be proactive about their health, whilst also raising charity-specific funds.


The Ball encourages men to:

The third such ball in four years, was held recently, the first two having raised nearly $74,000. The 2019 Ball raised $70,000 for the Jodi Lee Foundation (Bowel Cancer) and The Heart Foundation. A further $10,000 was donated to Check My Tackle – a charity raising awareness, creating a sense of support and community and educating people on penile, testicular, anal and male breast cancer.
The guest speakers at the 2019 Ball brought many messages of inspiration. The medical speaker, Dr Margaret Redelman OAM gave an educational talk on men’s sexual health, whilst the Vivid fireworks in the background added lightness and humour to a serious topic.

Hugo Toovey, an Australian Army Captain, recounted his struggles with both testicular and bowel cancer, the latter coming only two months after being classified as in complete remission from the former. His life after the first diagnosis was characterised by months of chemotherapy and major surgery to remove all abdominal lymph nodes. His second cancer, which he is still being treated for, resulted in him losing part of his colon.
He said of his treatment, “There was no light at the end of the tunnel. There was no light and there was no tunnel. Just an unknown space.” Hugo was unsure whether to celebrate his luck at surviving or dread each new day. He is only 26 years old.
He said, “Life is precious. Don’t take it for granted”. He urged men to get an annual health check. You are never too young to visit a doctor regularly.

Keith Broadfoot, a qualified CPA accountant, another inspirational speaker, had suffered a heart attack despite being extremely fit and competing in triathlons. Thinking he was “bulletproof” it never occurred to him that he could have heart disease or even high cholesterol. He encouraged all men to have an annual health check-up as well.

Vik Bhandari said, “Whilst it is important and necessary to raise money for charities, the central message is that men must not neglect their health. The message of getting an annual health check and building a rapport with your doctor is just as important.”
He also gave a very important message to men in the expat Indian community, noting that as they focus on work and building community, they can do so at the cost of their own health. He said, “Indians are at the risky end – eating fried food, not exercising, and genetically being at higher risk for diseases such as stroke, heart attack and also diabetes. Yet, they take the least interest in their health.”
The gala event, very well attended and extremely well catered for, was opened with a video message from Ita Buttrose, AC, OBE. TV personality James Kerley, acted as MC.
The Vivid celebration of life provided the perfect backdrop to the serious messages urging men to focus on their own health: don’t wait until it is too late.