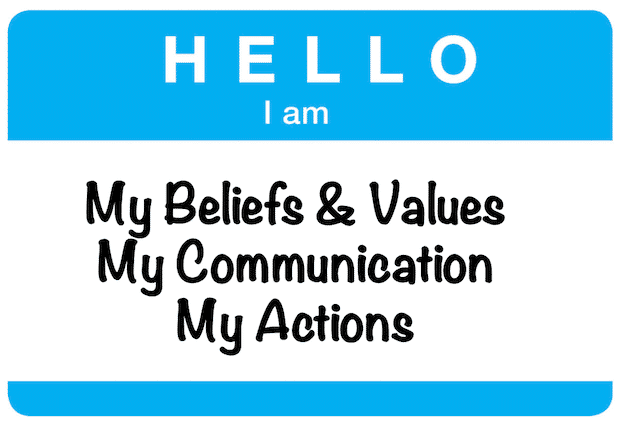 Reading Time: 3 minutesIt is not only what you say that’s important, but when and how you say it

Recently in a seminar on freedom of speech at the St James Ethics Centre, in Sydney, there was an interesting discussion about when we should take action with regard to personal values.

This is something that surfaces from time to time when racial vilification, anti-discrimination and prejudice in the context of democratic principles are reported in the media. What should one do in a situation in which we see or hear words or action that go against our own strongly held beliefs and values? What does this mean when it comes to democratic principles? Should this not be important in everyday behaviours even among friends and relatives?

Most of us have fairly strongly held beliefs about what is fair, what should be done to help, being generous or helping those in need. How do we develop these beliefs? Our family, friends and experiences contribute to this very significantly. Yet, we do not always communicate or act solely on our beliefs and values. There are many times when in the name of being practical, we do not take the time to ‘right’ a ‘wrong’.

On a knowledge level, the world’s philosophies and theologies tell us how our lives should be lived. Somewhere along the way, we seem to have stopped thinking about ways of translating this into action. At a practical level, it is what we do and sometimes, what we do not, that gives us a sense of satisfaction with ourselves. It is important to acknowledge when someone has been thoughtful, while it is just as important not to be sarcastic or abrupt when someone has not been as thoughtful as you had expected.

It is one thing to ‘believe’ that we ‘should’, yet, totally another actually doing it. In our everyday exchanges, our beliefs and values are constantly informing us of what we say, what we do and the how our words and actions should be. It is important that we do not act out of habit but make a conscious effort to convey what we really mean based on our values and beliefs.

In everyday life, beliefs, attitudes and action are equally important. Quite often we equate beliefs with religious beliefs, but everyday there are many social and cultural beliefs that are expressed in our attitudes. Even without adequate knowledge of something or complete misunderstanding of an issue or situation, we can make statements that may be prejudiced or based on stereotypes. Before long, this translates into action in terms of ignoring the person or issue, or even going so far as being insulting.

Acting on one’s beliefs and values is often misinterpreted as being moralistic or self-righteous. Acting ethically means acting on the beliefs and values that we accept as universal, not peculiar or special to any one group of people. On the other hand, moral principles are informed by religious or social and cultural groups and hence the large diversity.

Every action has its beginnings in our thoughts, in our beliefs, in the attitudes we express in words, gestures, tone of voice and general demeanour.

Ridiculing something or making a joke of something that may be quite important to someone else, are all ways we express our attitude. This happens within families as well as with strangers. We see the result of such thoughtless expressions even many years later, as the devastating effect of being bullied as children, or knowingly or unknowingly being discriminated against within a family. Quite often a view is expressed without much thought as to what it may mean to the other person and is dismissed quickly as ‘a joke’. Even when we think we know someone well, there are times when we can be completely mistaken.

Given the possibility that our intention and our actions do not match every time, it becomes apparent, that we really need to be mindful of when, what and how we speak or express our opinion. Too often a callous remark is brushed aside by the speaker with ‘I didn’t mean it that way’. I guess if it wasn’t meant that way it shouldn’t have been said that way!

Herein lies the problem of good communication. The words that are said do not match the tone of voice used and hence open this misunderstanding. The intent of the speaker is not conveyed through the words and so has a totally different impact on the listener.

If we hold strong beliefs and value our ‘values’, we need to be mindful of the words we speak and the actions we take.