Monkeypox is caused by a virus similar to the smallpox virus, so its features are treatable, writes EKAAGRA KESARWANI

‘Once bitten twice shy’ might be an apt description of the public’s response to the newly spreading monkeypox virus.

Searches for monkeypox on Google have shot up several thousandfold from a few weeks ago and the curiosity around the disease only seems to be increasing. However, when we delve deeper we find that monkeypox poses much less of a threat than the COVID-19 virus.

Monkeypox is caused by a virus from the same group as the smallpox and cowpox viruses, therefore many of the features are similar. There are several symptoms that can indicate an infection, including fever, headache and muscle ache, although most characteristically in symptomatic individuals, a rash of pimples appears that can become pus filled (hence the word ‘pox’  in the name). And while most people will become free of symptoms in 2 to 4 weeks, people with underlying health conditions may experience health complications.

What should give us solace, however, is the similarity of smallpox and monkeypox. History nerds may know that smallpox was one of the deadliest infectious diseases ever, and had been officially eradicated almost half a century ago, in 1980. This was largely due to global vaccination efforts, which has meant that today we do not need to get vaccinated against it. Consequently, due to its similarity to monkeypox, many of the vaccines that were previously developed against smallpox have proven to be efficacious against the monkeypox virus too. So, modifying them to be more effective, may not take too long. 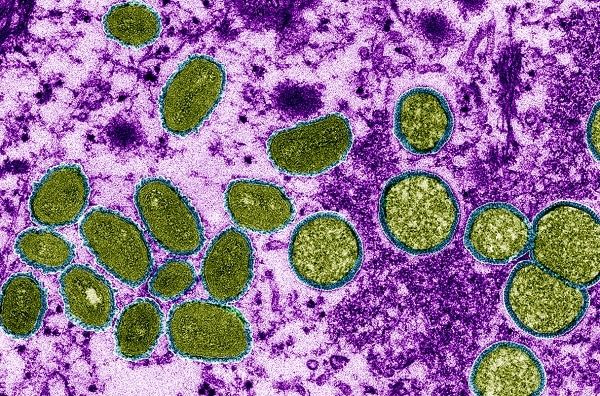 A total of 42 countries, both endemic and non-endemic, have reported 2,103 laboratory confirmed cases of monkeypox since the beginning of the year, according to the World Health Organisation (WHO).

And what are endemic countries, you ask? These are countries where a disease is consistently present, but limited in its spread. So, in the case of monkeypox, these countries are Cameroon, Central African Republic, Nigeria, Democratic Republic of Congo and a few others, all in Africa.

This tells us that we already have a relatively good understanding of the disease in its present form, and we can use this information to prevent its spread.

The majority of the current cases in the world (98 per cent), have been reported since May 2022, according to WHO. Europe has been hit the hardest, with 84 per cent of the confirmed cases being from the region. This is followed by 12 per cent in the Americas, while Africa accounts for 3 per cent cases.

Eight cases have been reported in Australia to date, five in NSW and three in Victoria.

The UN health body is set to hold an emergency meeting on June 23 to determine whether to classify the global monkeypox outbreak as a public health emergency of international concern.

The highest level of warning by the global health body currently applies only to the COVID-19 pandemic, and had applied to Polio and Ebola in the past.

What can we do at an individual level? Like many viruses, including the COVID-19 virus, monkeypox spreads through physical contact and bodily fluids and via contaminated surfaces. So we can employ many of the same precautionary measures that we were using to stop the spread of COVID-19, such as practicing good hand hygiene and using masks and gloves. If you suspect you have monkeypox, NSW Health recommends that you self-isolate and minimise contact with others and seeking medical care as soon as possible.

Having given up so much over the past 2-3 years, it is only natural that we feel shudders down our spine as soon as we hear news of a new infectious disease that seems to be spreading across the world. But, due to the many differences between the monkeypox virus and the coronavirus, there’s little reason to panic. Nonetheless, take precautionary measures to keep yourselves and the people around you safe.

Struggling with anorexia during Ramadan