You hurt my feelings, now make me a millionaire 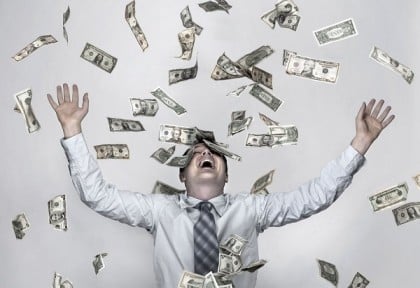 Get rich quick with an out-of-the-box lawsuit, writes NURY VITTACHI

Emotional distress is when you make a sarcastic comment on Facebook and every single friend thinks that’s what you really think, and when you later point out that you don’t actually advocate eating the unemployed or whatever, they think you are being sarcastic.
So then you’re in a bad mood and switch to your email and find this: “Dear Mr Columnist, how much are my emotions worth in major currencies at today’s rates in various countries around the world?”

The message from reader Agnes P.K. Ting baffled me – until I clicked her link to a late February news report: Police in the US just paid $885,000 to a pet-owner “for emotional distress” after they shot his pet dog. A second link led to a January report of a student who was asked to urinate in a bucket in a storeroom and received $1.25 million, also “for emotional distress”.
“Why do we work to earn money instead of just waiting until someone hurts our feelings and then claim compensation for emotional distress?” Agnes asked.
Good question. I thought the answer might be that these things only happen in the United States, a country which undoubtedly has a constitutional amendment saying something like: “The Right of The American People to File and Win Ridiculous Lawsuits Shall Never be Infringed.”
But I checked with a lawyer who told me that people make emotional distress claims all over the world.
A teacher in the UK demanded compensation for being stressed out by kids and a court gave him 101,000 pounds ($125,000), before a higher court snatched it back arguing that “a person stressed out by kids” was pretty much the definition of teacher.

A guy in India watched a really bad Bollywood movie called Rockstar in 2014 and demanded Rs. 50,000, which is about $750, “on account of mental harassment and agony suffered”. Given that Bollywood movies sometimes run three-and-a-half hours, he may have underpriced the damage.

In China, a man tried to sue actress Zhao Wei because her intense stare at the camera during a particular TV show caused him “spiritual damage”. I can see how the attractive Ms Zhao could cause any male viewer to have significant non-spiritual thoughts. The courts eventually declined to hear the case, although if they had any brains they would have taken a week off to inspect Ms Zhao’s videos as part of their “due diligence” process.

Still, I can see why courts in Asia refuse to pay compensation to viewers aggrieved by shockingly bad television. TV companies would basically be paying cash to every viewer every day for every show. And however much they paid, it wouldn’t be enough.
Yet despite the rash of emotional distress lawsuits, let’s remember that many claims fail. A colleague forwarded me a report about a woman who found her image was used without permission in a Chipotle restaurant promotion and asked for $2 billion. The courts recently ruled against her, but I think it was worth trying, just in case the judge had had a nice lunch and gave her a token $100 million to say sorry for the thumbs down.
Meanwhile, if any judges are reading this, how much can I get for the emotional distress of having a sarcastic comment misunderstood? Millions, right?