What’s in an achkan? 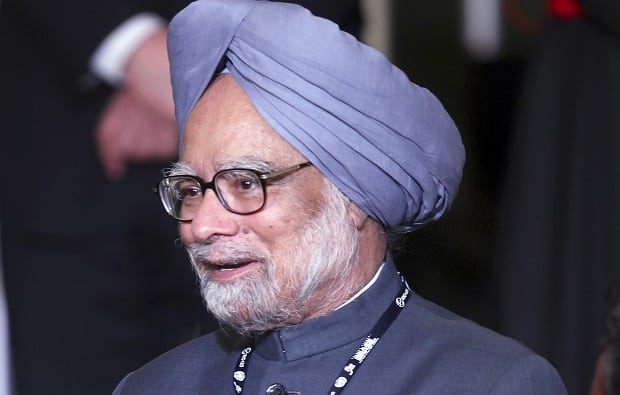 About 400 years ago in Romeo and Juliet, Shakespeare wrote the well-known line ‘…a rose by any other name would smell as sweet’. A major reason for the immortality of Shakespeare’s works is the insights they portray on human values and his deep understanding of human behaviour. The words above are spoken in a famous passage by Juliet where she infers that no matter what Romeo’s name, he would still remain the same person.

Put another way, you can’t judge a book by its cover.

Yet in the political sphere anyway, it would seem that the cover is more important than the content! It’s the packaging that counts. How politicians dress in the public arena matters, as public judgement will be based on what the public sees.

When the Cultural Revolution came to China, many forms of traditional culture were thrown overboard. Chairman Mao made famous his blue jacket, that was worn by the masses. But come the end of the Cultural Revolution, the Mao jacket was abandoned and instead the universally accepted western style of dress was adopted by the political elite. So now we have the entire Chinese leadership dressing in dark suits, white shirts and plain, usually red, neckties.

Today we see most male world leaders dress in suits and ties. The white shirt, dark suit and tie has become something of a uniform. Most countries have their national dress in which they would have considerable pride, so it’s interesting that their leaders would be prepared to abandon the national dress and conform to the modern uniform of suits and ties.

The question is whether the adoption of this western style of dress has been as the result of a calculated decision. By dressing in a uniform manner an impression is given of having something in common, not being too different, of shared thinking and common goals. Being in harmony could lead to smoother discourse, better understanding and mutually beneficial outcomes. Weighing up the pros and cons, leaders must conclude that there is a net gain in sacrificing their traditional dress.

Yet there are a few notable exceptions to the rule, Indian Prime Minister Manmohan Singh being one of them. In his September 2013 visit to the White House he dressed, elegantly it has to be said, in an achkan, and not a suit. Contrast this to Pakistani Prime Minister Nawaz Sharif’s visit to the White House a month later, where he was dressed in a suit with a tie almost the same colour as that worn by US President Barack Obama. Perhaps there was nothing in it and the dress was a matter of personal choice. Or had Mr Sharif seen the light and come to the conclusion that conformity does bestow certain advantages, or at the very least, removes a point of difference?

On a national level in India, we have the paradoxical situation of politicians believing that they should be seen in national dress, preferably in khadi. Yet the public is used to seeing their superstar male cricketing and Bollywood heroes dressed in snappy western clothes. Blanket TV coverage and the widespread availability of the internet means that the public is always well informed about the latest fashions and style of dress. Kurtas and achkans are a throw-back to the post-independence days. The country is in the 21st century with more than 50% of the population under 25. Perhaps politicians will recognise this and move with the times. Or it might be the next generation of politicians who will have the courage to give up the achkan for a suit.

Perceptions in life are everything, and first impressions count. How will you dress for your job interview? Or for that first date with someone new? To meet prospective in-laws? And which car should you drive? Is it the content that matters or is it the cover?