An unlikely brotherhood: Trump and Kim

The Presidents of US and North Korea may be sworn enemies, but they have a lot in common 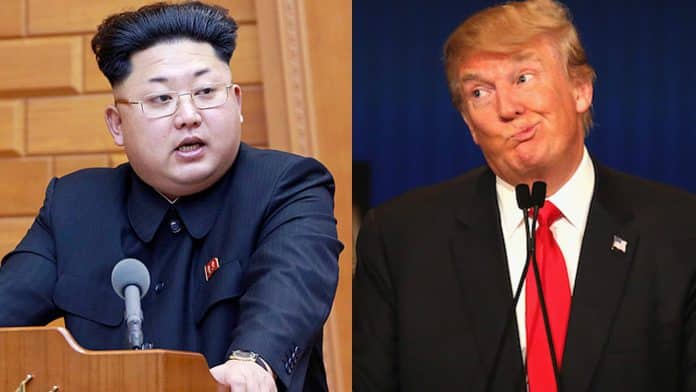 Reading Time: 3 minutes“Does this guy have anything better to do with his life?”
Even a casual reader of newspaper or viewer of TV news couldn’t have missed this gem of a line. It was part of US President Donald Trump’s tweet soon after the test of an inter-continental ballistic missile by North Korea’s Kim Jong-un, who claimed that it had the capacity to hit the US.

Trump’s tweets are a daily feed not only to his American citizens but to the worldwide audience as well. One US commentator recently said that Donald’s digits are short. Too much tweeting may have worn out those stubby fingertips.
For the benefit of those who missed that tweet, I repeat it here. “North Korea has just launched another missile. Does this guy have anything better to do with his life? Hard to believe that South Korea and Japan will put up with this much longer. Perhaps China will put a heavy move on North Korea and end this nonsense once and for all!”
Short and stubby, Kim is no slouch in giving back.  He could have fired a missive, not a missile, in a tit-for-tat text: “Does this guy have anything better to do with his life other than tweeting? Hard to believe that the ‘fake news’ folks from CNN, NY Times, Washington Post and TV female presenter Mika Brezinski will put up with this much longer.”
Every time the jovial looking Jong-un fires a missile, it sends jitters around the world. Political pundits predict the start of the next world war. However, Pyongyang’s fireworks need not panic anyone. I see the world is well-balanced at this point in time; in fact, better balanced than during the cold war days when the US and Russia were facing toe to toe.

And that’s because Trump and Jong-un have so much in common.

Both are lampooned as clowns, matching each other in their buffoonery, bombast, bluff, bluster and bravado. During his campaign and soon after swearing-in, Trump trumpeted his three major strategies – scrapping Obamacare, building a wall along the Mexican border and stopping arrivals from six Middle-eastern countries. Six months later, the report card is still near blank.
Similarly, chubby-cheeked Kim is ratcheting up his threat a notch higher with the launch of each missile to teach US a lesson. But no one expects him to press the nuclear button. All these acrobatics are to stabilise his position, get more aid from the West and drive the US forces from South Korea.
There are a few more similarities between them. They both dispense with people close to them with the snap of a finger.  Trump fired FBI chief James Comey from his post and has threatened to remove a few more who dare question his dealings with Russia and/or his personal finances.
Jong-un does one better. He removes his ‘rivals’ from the face of the earth.  He sent one of his senior military chiefs to permanent sleep for a minor misdemeanour of dozing off at one of Jong-un’s many rallies boasting his country’s military might.  Short statured he may be, but his hands are alleged to have reached far off KL airport to get rid of his stepbrother.

Here’s another easily noticeable matching habit. You couldn’t miss their style of clapping their hands as they make an entry before any assembled audience. Thank God for their short fingers; they can’t reach the red buttons on their nuclear control panels.
But the most visible and striking common feature between them is their unique hair style.  Jong-un’s side-swiped mop top – now aped around the world – may look different from Trump’s forward-flowing awning-like coiffure. But they have the same origin.
If you google the Brazilian black capuchin,  you will notice that some members of this primate species have on their crown a centrally-parted mop top while a few others have it combed forward.
It goes to prove that all of us humans, including this writer, have a common ancestor from whom we are said to have evolved.