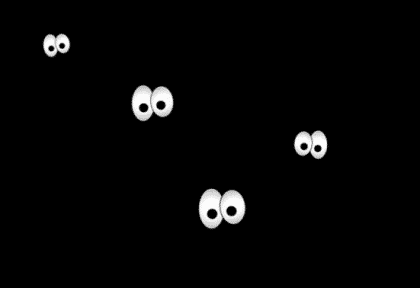 Every cloud has a silver lining. Such was the case in the midst of a state-wide power blackout in South Australia in the last week of September. Even that darkest moment had some bright sparks, some life-saving miracles; hand-ventilating a premature baby to ensure he could breathe, and quickly transferring ICU patients to a hospital next door when a back-up generator failed. Emergency service volunteers, working in a heavy downpour, were showered with praise, and the police given glowing kudos for guiding thousands of commuters with their orange-glow batons.  Adelaide motorists too received rare rave reviews, as they drove with no street lights or traffic signals without causing a single accident.
But amidst all the winners, there were losers too. The State government lost an entire day’s quota of red light and speeding fines, on top of the several millions that will be needed to repair the trail of destruction inflicted against infrastructure.
The power failure was caused by a sudden surge around 4.30pm, minutes after my wife returned home early from work. Her mere presence causes a power imbalance – a surge for her and shutdown for me. At first, I thought our meter had tripped and went out to check the mains box. I noticed my neighbour climbing over his electronic gates, which refused to open with the loss of power. He told me the blackout was state-wide and would last several hours.

I came inside to break the dark news to my family. Our next thought was about dinner. With no way to reheat the stuff in the fridge, my daughter suggested takeaway pizza. Brilliant, I thought. Crispy hot morsels to beat the wet and cold evening. Only a member of Gen-Y could have such a lightbulb moment.  She dialled the pizza place only to find it had also suffered the domino effect of a power shut-down.
As darkness was edging out the twilight, we searched for candles and found a few half-burnt ones from children’s birthday parties long ago. Whoever thought of blowing out candles on cakes was a visionary, knowing full well they would come in handy for future blackouts. I can’t hold a candle to that genius.
The next day, when power was partially restored in the city, talkback hosts on radio had a field day with an overload of stories from callers. Power and politics are never far apart and people’s prejudices came to light. While global-warming warriors blamed climate change for the unseasonably heavy downpour, climate sceptics blamed South Australia’s over reliance on windfarms. Sadly, they don’t generate much power on very windy days. Ironically, it is the gale-force winds that caused the calamity of a blackout by knocking down several transmitting towers, which forced power companies to pull the plug. A preventive step.

With no TV, radio or phones, we switched to family conversation. We wondered how life could have been before any form of lighting was invented. From dawn to dusk men would go on their hunting forays while women would catch up with their cave-hold chores. How boring! On the bright side, there would have been so much time to sleep once the sun set.  Now with 24/7 Google, Facebook, and Twitter, there’s not much time for sleep.
The SA blackout, which lasted a few hours in the city and a couple of days in country towns, may be a record breaker here, but the 1965 north-eastern blackout stretched from Canada to several states in the US and affected more than 30 million people. It led to looting and arson, and also sowed the seeds for the movie Where Were You When The Lights Went Out? a comedy starring Doris Day. Then there was the one in July 1977, which plunged New York into darkness. Nine months later there was a baby boom… Does a lack of light raise the heat? Laws of physics overturned!
But the blackout record belongs to India where in 2012 the whole of north India went without power, affecting 620 million people. This eclipsed an earlier power failure in 2001 which left 230 million without any light.
There is one lesson we all learn from a crisis of this nature, regardless of all our scientific advances we are powerless when Mother Nature unleashes her fury.