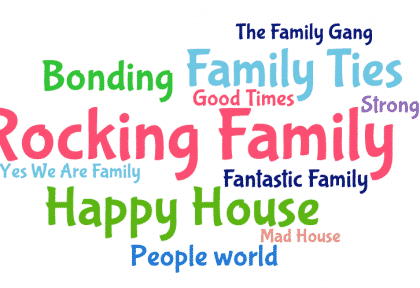 What’sApp-ening on your online family group? Can you identify your electronic parivaar here…

A big part of the Indian social fabric are the rishtedaars (relatives). In India, one grows up on an overdose of ‘relatives’, sometimes those you’re not even really related to, and they come in all shapes and sizes. There are the nice ones with whom you seem to spend your two-month-long summer vacations each year. There are the not-so-nice ones, who you try, usually unsuccessfully, to avoid. There are the ones who are only concerned about the exam grades scored by the other kids in the family (aapke bache ke kitne number aaye types). And the competitive ones who are always there to outdo you in everything – but with a charming smile, of course.

Family gatherings, birthdays and weddings have traditionally been the bonding grounds for the tribe. It is during these occasions that all the relatives in the khandaan (clan) come together over a hearty mix of celebrations, feasting, and gossip (in no particular order).
However, with the advent of social media, the Indian rishtedaaris have moved online. Facebook and WhatsApp are the two most common platforms where modern Indian families play out their extended social scene. Social media has brought families closer, especially the Indian ones. Relatives who used to catch up and converse maybe annually now ping each other ‘round the clock.
With this online migration of India’s extended families, the Indian rishtedaari etiquette seems to have seamlessly transitioned into the World Wide Web. Internal family politics, gossip, jealousies, disputes and grudges all seem to have adopted an online avatar. For those ‘good’ relatives, social media is a great forum to keep a tab on the welfare of the extended family. For those borderline to mischievous rishtedaars, Facebook and WhatsApp are potent tools to dish out concealed sarcasm and sometimes, not so concealed outrage.

There has never been a better time to be a spy in the Indian extended family. Just ‘friend’ the entire clan online and then peacefully sit back, with a drink in hand, and scroll through your Facebook timeline at leisure. In no time, you will have enough verifiable data to come up with educated conclusions about the break-ups, link-ups, factions and frictions within your khandaan. Gossip and glory of the entire family at your fingertips, ready to unleash at the slightest trigger. It is the Wikileaks equivalent of the online desi.
WhatsApp and Facebook also cater for those who fancy keeping a grudge going. Drop in a subtle hint of displeasure and ‘unfriend’ a rishtedaar on Facebook, or leave a family group on WhatsApp. This will get the entire family talking. Group speculation will give way to one-on-one messages, debating the cause of your discontent while soliciting ways to bring you back into the family fold. Some may even be courageous (or stupid) enough to message you directly – either to discreetly share their displeasure with the family as well, or to try and plead a case for you to re-join the electronic parivaar.

Then there are the online passive-aggressive relatives. They resort to creative status updates which are adequately vague enough to give away identities, yet keep the rest of the clan guessing about who’s the target of their rants. The ones in the family who are most boggled by such updates are bound to reach out and probe for further clarification (if only to rule themselves out).
Last but not the least, if you claim to be a writer, you may end up getting yourself thrown out of the online family network for writing such a piece. You know, khandaan ka naam badnaam karne ke liye!