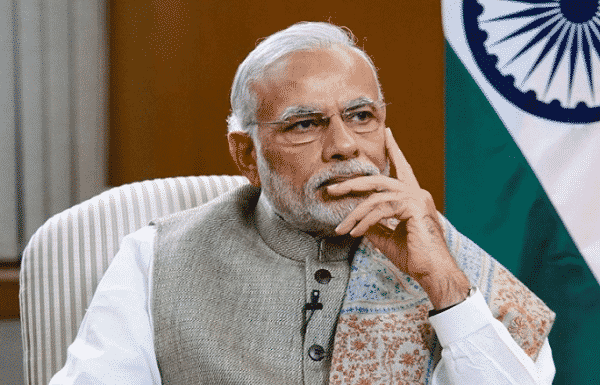 Now it is customary for political leaders to produce a report card after 100 days in office. Who could forget the colourful booklet Kevin Rudd put out on this milestone occasion. Looking back, that may be the only memorable achievement of his short stint at the Lodge. By western standards, things move a bit slowly in India. So it is fair to add a ‘0’ and make a 1000-day report card on Modi’s ‘achche din’ promises. Writing a report of this kind from a distance of 7,000km and out of on-line news reports would be unfair, I felt. So I decided on a short visit to India at my own cost to take on this national duty. (Ok that’s a bit of an exaggerated claim: I had a personal agenda too.)
Mr Modi’s political journey has now reached its half way mark. Unlike the Indian leader, America’s Donald Trump made only four simplistic promises during his campaign – halt the Hispanics, scrap Obamacare, stop the Islamists and send home the Indian ‘softies’ (software techies). After six months he hasn’t kicked a single goal.  He hasn’t even gone out of the White House very much, whereas Modiji has logged lakhs of air miles and hugged every leader of some standing.
Now about his other track records. Narendrabhai’s narrative included a multitude of ‘yojanas’ like Digital India, Make in India, 100 smart cities and, my own favourite, ‘Swaatch Bharat’ the launch of which that I had the privilege to watch in 2014. Modi may well be the only world leader to talk about public toilets in a national public address. Besides these major announcements, he shocked the nation with a ‘bolt from the blue’ broadcast on demonetisation (DeMon, for short) to flush out black money. De-monised common folk flocked at bank branches to convert their banned high-value currencies.
Now that that bitter episode has become part of history, the Reserve Bank of India in its report card recently has revealed that 99% of banned notes had been sucked out of the system, a record feat for any nation. While Modi’s supporters gloat over this, his critics are equally vociferous, saying the benefits are not worth the effort and the cost of printing millions of new notes is phenomenal. They also claim that the other objective of choking of funding Kashmir terrorists has not materialised. Who could stop Shandong presses copying new notes and pumping them through One Road to the all-weather ally in Pindi. Regardless of this, I give eight out of ten to Modi for his daring move.
Another major reform that was not part of Narendrabhai’s narrative before the election is the introduction of GST in a country where every State has a multitude of taxes at multiple levels.  The only problem with GST is, it is not set at a uniform rate for all goods and services, resulting in some confusion. These two reforms have caused some drop in consumer demand and GDP, obviously due to drying up of black money and teething troubles of GST.  For pushing through such a mega tax reform Modi deserves eight points.
On to Digital India. I saw in a remote village, dozens of semi-literate people walking into the banks and printing their own statements. A score of six is okay, I’d say.
The public toilets program is not flushed with great success as the others above.  Some ‘user pays’ communal loos remain closed since some loose ends need to be tied up.
Of all the countless ‘yojanas’ Modi has proclaimed one that really interested me is ‘Swaach Bharat’. It was launched with great fanfare, with every politician wielding a broom in front of a garbage pile to grab a photo opportunity. At that time Modi set October 2019 as the target date to have a ‘Clean India,’ that is five years hence. The cynic in me then wrote “I dare say it may take not five years or even 50 years before one sees a Modified clean India.”  Unlike the toilet ‘yojana’ that requires counting a lakh of nondescript cubicles, this ‘swaach’ program can easily be assessed.  On landing in India I started taking pictures of roadside rubbish piles, but after two days, gave up for fear of my SD card running out of space. I see very little progress and, if anything, it is worse than before. So should Modiji get a zero for this?
No, that honour should go to every Indian.