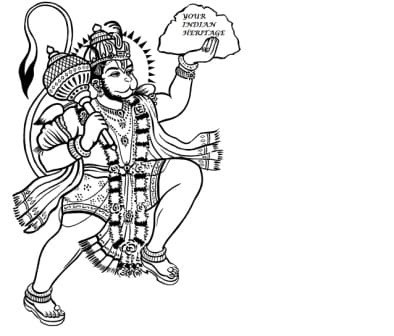 Having been brought up in Britain by Indian parents I am still confused as to whether or not I am indeed Indian. Having travelled overseas extensively over the last few years my situation has not been helped by the confused look from locals when I say that I am British. Some are equally confused when I say that I am Indian, most likely because I am not wearing iron pressed jeans and have no side-parting or moustache.
But I have been in Australia for 10 days now and something within my mentality has changed. I would not say that I have discovered my Indian-ness. Far from it. In fact my dislike of daal is as strong as it ever was, despite my mum’s insistence on how nutritious and flavoursome it is. However, in this short period I feel that I have come to realise that at the tender age of 30 I am much more accepting of my own inherent culture.
This epiphany, if one can call it that, came to fruition last Saturday night. My Portuguese girlfriend and I were invited along to a dance performance of the Ramayana. But my partner and I thought that a Saturday night away from the usual movie on the sofa might make for an interesting change, and so we agreed to go along.
In typical Indian style we arrived a couple of minutes late. A brief look around gave me a glimpse of numerous non-Indians, which in hindsight provided a wonderful change to the homogeneity of the 100% Indian crowd that I had been used to from attending these events as a youngster. The initial few minutes of the show did nothing to quell the reminder of how much I had disliked these events that I was forced to watch as a sprightly young Indian boy with a side-parting. I observed my young cousins a few seats away and saw that same confusion; what was going on, why did they need to be there and why was there no popcorn? To make things worse I couldn’t even use my smart phone to haphazardly browse the internet. I was stuck… and so were they.
Yet it would be a lie to think that as a 30 year old I have not grown up just a little bit. It did not take long for my initial thoughts to recede, and my preconceptions to abate, before I slowly came to realise that I was actually enjoying the show.
A pubescent version of me would have seen 10 girls dancing in peculiar clothes. An older (perhaps more mature) version of me saw 10 beautiful whirlwinds of colour simultaneously dance graciously across the stage, hands stretched high as if reaching for the heavens. Like a kaleidoscope, my whole view had totally changed with the merest of distortions.
Older me also appreciated for the first time how important an intermission really was, as the crowd percolated through the back exit to take their fill of the Indian sabjis on offer. (Although as a caveat, this does not take away the confusion still inherent within me that questions why an Indian movie needs to be four hours long. Or why characters move from India to Switzerland, and then back to India again in the space of a few seconds.)
I won’t lie. I don’t think I’ll be going to many Indian shows for a while now, but both my partner and I are happy that we went to this one.
In fact, my perception of many things that I was subjected to growing up as an Indian has changed. No longer am I put off by beautiful Indian music. I always appreciated the effort but dad just isn’t that great at singing Hindi songs in the shower. Outside this bubble of homeliness, however, I find much Indian music placid and serene.
A lot of this change in perception over the years has little to do with any notion that I have become more Indian with time; rather I have become more accepting of different cultures with time. And therein lies the key to this change. Or at least that is the way that I perceive it.
Possibly to the chagrin of many Indians, I am and will always be a child of the Western world. No doubt there will be others in my generation who are diverted from the path that was set down by the countless Indian generations before them. Irrespectively of the path on which a child is eventually led I believe it imperative that they be brought up to respect all religions and all cultures, however different. Even the ones with singing and dancing, and four hour long movies.