Humour: How not to impress a woman

Leave your bank loot – and your train – at home, writes NURY VITTACHI 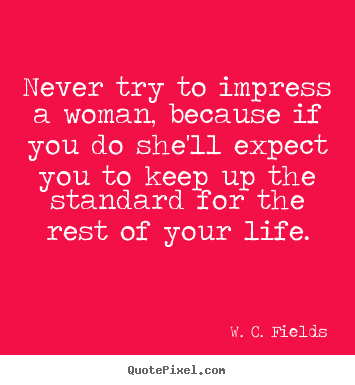 Useful tip: guys, end every sentence you speak to a woman with the words, “But I could be wrong”.
This saves time. Example: “Good morning! But I could be wrong.”
This thought was inspired by a recent news item. A man robbed a bank and then threw some of the money over singer Taylor Swift’s fence “to impress her”.

More evidence that most men have NO IDEA how women think.
Bruce Rowley was arrested as he left Taylor’s home in Rhode Island. Bruce, you do NOT impress wealthy women by throwing cash over the fences of their mansions. You throw property deeds, credit cards and in your case, I think vasectomy papers would be essential.
It reminded me of a case in India where a young man stole a train for his girlfriend. Ketan Kumar, 24, thought his beloved would be pleased to be presented with the 8.20 p.m. express to Amrapali. Sadly for him, both girlfriend and police were significantly unimpressed.
Ketan, buddy, you need to know more about how girls think. Big, ugly steaming lump of metal? Great for guys. But for girls? Not really.
A colleague, hearing about this column’s topic, forwarded me a news video from Chechnya. It shows a five-year-old boy walking down the street hand-in-hand with his girlfriend. To impress her, he breaks into a parked car, and then turns on the engine. The five-year-old girl, way smarter than her companion, swiftly backs away while he drives off, pursued by adults.
This all adds to the tonnes of evidence that males are born thinking women are impressed by extreme stupidity and immorality, and it takes us years – let’s be honest, decades – to realise this is not the case.
Young males should take advice from fathers of girls, who are forced to learn something about the young female brain. For example, I now know that fathering a daughter means pretending you’re thrilled when they spend half your salary having an eighth of an inch cut off their hair. The tricky thing is that they don’t tell you whether they’ve had an invisible haircut, their eyebrows plucked or a complete head transplant, but just burst through the door saying, “Dad, what do you think?” Of course you MUST reply: “It looks great” and then leave the country before there are any follow-up questions.
In fact, when a young woman asks her father for his opinion on any matter, what she is really saying is, “I wish to hear my opinion repeated in a deeper voice.”
Stop press: a colleague forwards another example. On April 24, several media reported that a man named Zach Doell decided to pick up his girlfriend from the University of Louisiana in a different funny vehicle every day, including the Batmobile, a car that looked like a giant hot dog, and an ice cream van.
He thought this was highly impressive. His, er, thrilled girlfriend Brianna Garcia told the media it was “embarrassing”.
So there you have it. It is this columnist’s fervent hope that this information will help young men and young women understand each other and communicate better.
But I could be wrong.

Wash your mouth out, Auntyji