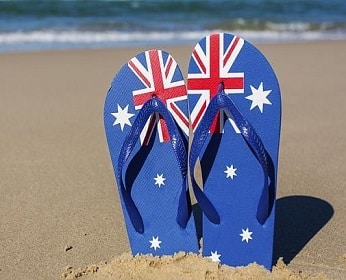 Inside secrets are revealed by One Who Integrated Successfully

Migrating to a new country is probably the hardest thing you’ll ever do. If your life were a mobile phone, this is like pressing the ‘factory reset’ button. All the apps you got used to? Yeah, they’re gone. I’m afraid you have to install them again.
I wrote once before: Migrants pack a lot of worries in their slightly overweight cabin baggage.

Understanding the local accent is probably the least of your worries. Bigger battles will be fought when you’re job hunting and convincing real estate agents that your curry doesn’t smell that strong.
Having spent almost two years in Australia and not run away yet, I’ve decided to compile some inside secrets that will help new desi immigrants survive. Ready for it? Here goes:

The very first crisis you will face in the West is the bleeping fire alarm. Every time the little buggers go off, the stress will make you will lose two days of your balance life. They seem to intuitively know how to harass you. Just when you think you’ve got the hang of making that butter roti, the fire alarm disagrees and puts you in your place.
One of my deepest fears, I confessed to my wife once, is that our son’s precious childhood memories will be filled with his immigrant father fanning the fumes away from the fire alarm. He’ll probably write a stand-up routine around it, a la Russell Peters. Did I hear you say something about removing batteries? You sly dog!
Tip: If you want to binge on ghee smeared chapathis, burn some calories beforehand. Stand directly below the fire alarm, hold a large supermarket catalogue with both arms above your head and fan away furiously. It’s also good exercise for your latissimus dorsi muscles

There’s something misleading about these big, air-conditioned boxes that look the same everywhere. If you walk in late, after all the shiny lights are turned off, you’d think that desis are half the Australian population. It’s a Type 1 sampling error. While the rest of the county is either at an all-night-beach-party or already in bed, the desi family straps its snotty kid to the back of a metal trolley and haunts the aisles of a discount mega store or a supermarket in the local shopping centre. Studying the prices of unsalted butter brands at 9pm on weekends has never been so popular in the history of humanity.
My family’s weekends have been more productive ever since I shifted to grocery shopping alone on weekdays, on my way home from work.
Tip: I have a one-word tip for your WRT malls in general: Avoid.

It is an essential accessory to every desi household. Like the tinted film for your car windows, it protects you from the harmful effects of overexposure to local entertainment. At least for first generation immigrants, the TV box is the only connection to the mother ship when not on a Skype call. That, and the pirated DVDs you get for free with a $100 grocery bill at the Indian store. Get one if you must, but don’t become too attached to it. The TV box, I mean.
Tip: Restrict the Indian TV box to 50% of your idiot box time. Patronise local talent too. If you can’t, what’s the point of emigrating, really?

So we pressured our landlady about the leaking taps until she sent a handyman to fix them. There he was, in the shower, grappling with the complex problems of water drips when he heard an earth-shattering sound of something blowing up outside. Suspecting mortal danger, he rushed out to save himself and alert law enforcement.
No doubt he was embarrassed to run into my toddler coolly building wooden train tracks, oblivious to the hullabaloo. My brave son, unlike the burly handyman, grew up to the sounds of the pressure cooker blowing whistles four times every meal. I am sure desi kids could even handle an oil rig blowing up in the next room and not flinch a muscle.

A desi friend’s Aussie aunt once playfully mocked the suburb we live in. ‘Every two steps, you hear a pressure cooker go off. It’s almost like India!’ Says it all, doesn’t it?
Tip: The world has moved on to Instant Pots, but if you want to survive the first few years of immigration, make sure your 40kg baggage allowance has a 10kg sublimit for induction-friendly pressure cookers

A favourite pastime of older people is to complain about how things were ‘so good’ before and ‘not at all good’ now. Keeping up with the tradition, a desi former colleague once told me that the quality of new desi immigrants is really falling. She should know. She emigrated to Australia at the same time as the Dandekars. I was about three months old in the country when she gave her quality assessment, so I assumed she was talking about the ones who came after me.
Tip: There is nothing more desi than being discriminated against by a fellow desi. Take in liberal doses of good old desi snobbery whenever you can. It’s a wonderful cure for homesickness.
Adjusting to the new environment takes time. What makes it easy is when you know inside secrets like these. With me on your side, you’re never short of excellent inside info.
Final Tip: Take it all with a pinch of salt. If it is still unpalatable, sprinkle some chat masala on the top. That oughta do it!