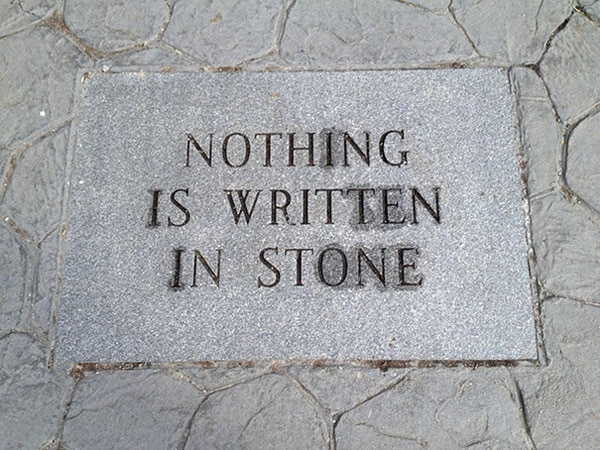 When irony is defined as the opposite of wrinkly, writes NURY VITTACHI.

Traffic police stopped a friend of mine and asked, “Is this your car, sir?” The driver, a cheery man suffering from advanced irony, replied, “No, I stole it!”
Bad idea. It took him two hours to convince them that he’d had congenital sarcasm all his life.

As a fellow sufferer, I concur that this is one scary disease.
When applying for a United States visa, I had to fill in a form asking whether I “intended to commit terrorist acts” while on US soil. (Not a joke, this is actually what the form asks).
It is Virtually Impossible for chronic irony sufferers not to answer “yes” to such a question. Luckily, I was stopped by my companion, as my spouse no longer allows me out of the house unsupervised.
Yet it seems to me that people in general are highly experimental these days, taking risks at big and small scales, just to see what happens.
My daughter told me about a guy who went to a hi-tech burger shop and asked the order-taking computer for a cheeseburger with no meat, no bun, no pickles, no salad and no sauce. Result: it gave him a thin square slice of cheese.
The same week, a reader told me about a judge in the United States who set bail for a run-of-the-mill arrestee at $4 billion just to see what would happen. The process went through unchallenged. I’m sure court staff was mightily amused, although the man’s family probably spent a LOT of time with hands down sofa cracks looking for cash.
These reports reminded me of a story I covered as a travel journalist in the 1990s. The pilot of a passenger plane found an unlabelled button in the cockpit and pressed it to see what would happen. Nothing, as far as he could tell. But it sent a secret signal to his destination, Manila’s international airport, saying that skyjackers had taken over the flight. The pilot landed to find the army waiting with heavy weaponry pointed at the plane.
Just a thought: Maybe curious people who press random buttons for experimental reasons might not be ideal pilot material? “This is your captain speaking. Please return to your seats and put on your seatbelts as I want to try something, yeah, baby.”
I once asked a famously irresponsible friend who was always in trouble how he could take such huge risks, and he replied, “Because one day the Earth will be sucked into the sun and humanity will disappear forever.”
It was a brilliant answer, and one I’ve used often. But it doesn’t work on traffic police. I know that now.
The key to good sarcasm, of course, is keeping a straight face. The day before writing this, an impatient co-worker pressed the lift call button twice. I told him, “If you press it three times, it goes into hurry mode.” He gave me a suspicious glance – but he pressed it a third time. Score.
Tip: Sometimes you do something and get “Thanks a lot” in reply, and you don’t actually know if the respondent is expressing gratitude or being sarcastic. Simply nod and reply with an equally ambiguous phrase, “Yeah, right.”