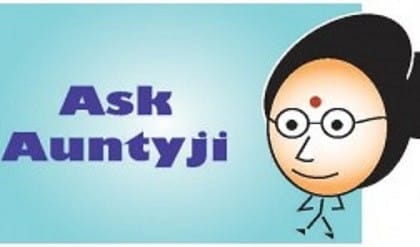 Reading Time: 3 minutesBubbles in my beer
Dear Auntyji
Last week, my good friend sent me a text asking if my wife and I were interested in going to a restaurant for a craft beers night. I asked my wife about it, and she indicated that it was a school night and didn’t want to go out. So I texted my friend back and said I would go along. Well, two days ago, my friend calls up and says that the tickets to this event was $150 per person and he had bought a ticket for me and I owed him $150. Auntyji, I was shocked. $150! And I am trying to avoid beer because I have put on weight. Now I can’t back out of this event, but do you think it was poor form of my friend not to let me know that cost of the ticket? My wife says it’s my fault because I chose to go out without her – but I did not feel like a quiet night in. Do you have sympathy for me?
Auntyji says
Hmm. On reading this, I can see the entire events playing out in slow motion, as though it was a bad fillum from the ’80s – compete with hijra makeup, overacting and bad direction. So your sensible wife said no to a midweek dinner invite. But what did you do? You were so eager to rush out for dinner that you failed to ask basic questions. You knew it was a craft beers night, and beers had made you a gola dhamola, a motu, a gulab jamun – yet you still had to rush in where angels like your wife feared to tread. You did not ask any questions. You did not think that perhaps a quiet night in with wifey would be a better option. So you got what you deserved. You are $150 poorer, at least 4 kg heavier and 5 points dumber. This is all your fault. And someone like you deserves bekaar friends who withhold vital information and who have no shame taking $150 from you. I hope you have learnt your lesson. Try to be more like your wife. Don’t be that husband who will rush out of the house at every opportunity. And one more thing. You will probably get food poisoning from all that craft beer and mixing of food. But, it will be well deserved – you earned it.
When biwi becomes Florence Foster Jenkins
Dear Auntyji
Some time back, I vaguely recall reading a question posed by a man whose wife used to sing along to songs while they were driving in the car. I don’t recall what your answer was, so I am hoping you can enlighten me, as lately, my wife sings loudly to all songs she hears in the car. If she was an Asha Bhosle, then I would not complain, but she sings the same way most of us do – out of tune, mangling words and with the same pitch as a billi being chased with a gushing garden hose. What suggestions do you have for me? I am scared to say anything, in case she yells at me.
Auntyji says
Clearly, for a chuha like you, you need to join the billi brigade. If you are too much of a chhipkalee and can’t say boo to your wife without pasina all over your mukhda, then you have no choice but to align yourself with wifey. So the next time you are in the car and she starts singing, then you too, should immediately join in and sing at the top of your phati hua awaaz. And for good measure, exaggerate your singing abilities. Pretend you are Mohammed Rafi after sucking in a dozen helium balloons. Mangle the words until the verses mean nothing. If your wife complains, you must act hurt and say that because she was singing, you felt compelled to join in. If she insists that only she can sing, then you must stand your ground and say that for every two songs she sings, you should be allowed to sing one. Ultimately, your wife will get the message. She will stop singing in the car. If she doesn’t, then secretly record her on your iPhone and play it back to her. Tell her she sounds so melodious and that all your friends must hear this. Tell her she will need to go on Australia Indian Idol. Hopefully, if she has some sense and a little bit of sharam, she will get the message.